What is Jerry Hall's Net Worth?

Jerry Hall is an American model and actress who has a net worth of $20 million. Jerry Hall was one of the most popular models in the world in the 70s. She was discovered by a fashion agent while sunbathing in Saint Tropez. With her blonde hair and six foot height, she became one of the most popular models of her time, earning as much as a $1,000 per day in the early 1970s. She made her transition to acting in 1980 with a small part in the romance film "Urban Cowboy." Since then, Hall has appeared extensively on stage, acting in productions of such shows as "The Graduate," "High Society," and "Love Letters."

Jerry is probably better known for her romantic relationships. She became engaged to Bryan Ferry in the mid-70s, but subsequently met Mick Jagger and began a relationship with him. He would eventually leave his wife for her, and the pair had four children together before separating in 1999. In their divorce settlement, Mick claimed that their marriage was never official because the ceremony was informal. Jerry sought half of his $300 million net worth at the time but eventually settled for just $10 million.

In 2015 she began dating billionaire Rupert Murdoch. They married in 2016.

Jerry Hall was born on July 2, 1956 in Gonzales, Texas to John and medical records librarian Marjorie. She is of Irish, English, and Dutch ancestry, and is a descendant of Daniel Boone's friend Humphrey Best. Hall has a twin sister named Terry, as well as three older sisters, including Dallas Cowboys cheerleader Rosy. Growing up, Hall was raised in the Dallas suburb of Mesquite, where she went to North Mesquite High School. While there, she also took classes at the Eastfield Campus of Dallas College in gymnastics, archery, and tennis. Hall graduated early at the age of 16.

While sunbathing on a Saint-Tropez beach in the French Riviera, Hall and her twin sister were spotted by fashion agent Claude Haddad, who was very impressed. Hall subsequently moved to Paris, where she shared an apartment with actress Jessica Lange and singer Grace Jones. She went on to have her first major modeling gig in 1975, appearing as the titular mythical figure on the cover of the Roxy Music album "Siren." The album was a hit, and Hall's popularity blew up over the subsequent years. By 1977, she had appeared on 40 magazine covers, and was receiving modeling fees of over $1,000 a day. Thanks to her lustrous blonde hair and svelte six-foot frame, Hall became one of the most famous and prolifically photographed models of the era. Additionally, she served as a muse for such artists as Ed Ruscha, Francesco Clemente, and Lucian Freud, and often modeled for Andy Warhol.

Leveraging her huge popularity as a model, Hall transitioned to acting in 1980. That year, she had her first role in the romantic Western film "Urban Cowboy," starring John Travolta and Debra Winger. In the film, Hall appeared as a sexy sister alongside her real-life sister Cyndy. Later, in 1988, she made her debut on stage in a revival of the play "Bus Stop," hosted by Montclair State University in New Jersey. Hall played Cherie, a character portrayed in the film version of "Bus Stop" by none other than Marilyn Monroe. She went on to reprise the role two years later on London's West End. Hall also participated in "The Wall – Live in Berlin," Roger Waters' enormous live concert performance commemorating the fall of the Berlin Wall. In 1993, she made her television acting debut playing the character of Ms. Vivienne Scarlett on the fourth season of the British show "Cluedo," based on the eponymous board game. Hall reprised her role on the British comedy series "The Detectives." 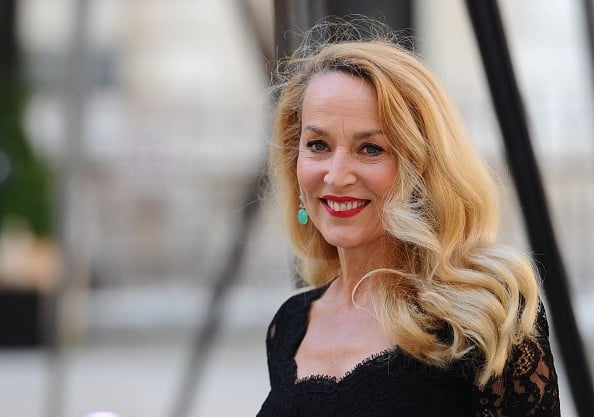 In the early 2000s, Hall returned to the stage to play Mrs. Robinson in the Broadway adaptation of the classic film "The Graduate." She continued to appear in several theatrical productions over the following years, with many in the UK and Ireland. In 2002, Hall was in the play "Picasso's Women" in Brighton. Three years later, she made her return to the West End to play Mother Lord in the first London production of Cole Porter's musical comedy "High Society." After a long break from television, Hall returned in 2005 to lend her voice to the British adult animated sitcom "Popetown"; she voiced the character Sister Penelope. Two years later, Hall guest-starred on the British series "Hotel Babylon," and after that, appeared on the British sketch comedy show "French and Saunders." In 2012, she came back to the stage for a one-week appearance alongside David Soul in a revival of the A. R. Gurney play "Love Letters" in Dublin.

Beyond her regular acting roles, Hall has appeared in commercials and on reality television shows. In the 90s, she was featured in commercials for the meat extract paste Bovril. On the reality TV front, Hall was the subject of the 2005 VH1 series "Kept," which focused on her pursuit of a kept man. By the end of the series, she picked Seth Frye as the winner. Later, in 2012, Hall competed in the tenth season of the British television dance competition series "Strictly Come Dancing." Performing with her professional partner Anton du Beke, she was the second celebrity to be eliminated from the show. In 2014, Hall wrote music and lyrics to original songs and performed at the Glastonbury Festival.

In 1975, Hall began a relationship with English singer-songwriter Bryan Ferry. Two years later, she left him for Rolling Stones lead singer Mick Jagger, with whom she had four children between 1984 and 1997: Elizabeth, James, Georgia, and Gabriel. In 1990, Hall and Jagger held a Hindu wedding ceremony in Bali, Indonesia; however, the marriage was deemed null and void by the High Court of England and Wales nine years later, on account of it not being legal. Hall and Jagger resided at Downe House, Richmond Hill in Greater London. The pair eventually broke up in 1999 due to Jagger's infidelity. Later, in 2015, Hall began dating billionaire businessman Rupert Murdoch; they got married the following year. 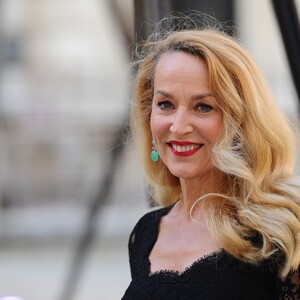