How much is Jeremy Meeks Worth?

Jeremy Meeks net worth: Jeremy Meeks is an American fashion model who has a net worth of $5 million. Jeremy Meeks was born in Tacoma, Washington in February 1984. He is a convicted felon and former member of the Crips. Meeks had his mugshot posted on Facebook after he was arrested in a 2014 gang sweep called Operation Ceasefire. He was convicted of possession of a firearm and grand theft and served at Mendota Federal Correction Institution. Due to his mugshot going viral he started a modeling career when he was released in 2016. He became known as the hot felon and made his runway debut during New York Fashion Week in 2017. He appeared for Carolina Lemke in 2017 and for FashionNova Men in 2018. Jeremy Meeks also appeared in the music video "WiFi" by Olga Buzova. Meeks has been romantically involved with Chloe Green who is the daughter of billionaire businessman Philip Green. 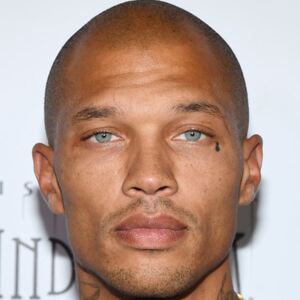