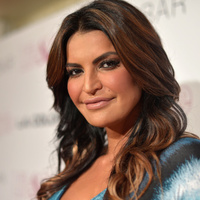 Jennifer Gimenez net worth: Jennifer Gimenez is an American actress and model who has a net worth of $2 million dollars. Born in the United States, Jennifer Gimenez spent her childhood in Argentina, and then returned to the United States when she was six years old. A photographer spotted her when she was 13, and she began modeling professionally when she was 14. She appeared on the cover of Elle, and in campaigns for Guess and Calvin Klein, among other high-profile modeling gigs. The pressures of being a model and supporting her family began to take their toll. She became anorexic, and developed serious addictions to alcohol and cocaine. Her mother and a family friend finally intervened, and she checked into Las Encinas Hospital's rehab facility, where Dr. Drew Pinsky treated her. She spent the next nine and a half months there. In 2009, Dr. Pinsky asked her to run the sober house that was going to be center of his new reality show, "Sober House" on VH1. She has appeared on the show ever since, as well as speaking on various talk shows about her experience as a recovering addict.