What is Jennifer Flavin's Net Worth?

Jennifer Flavin is a former American model and television personality who has a net worth of $50 million. Jennifer Flavin appeared on the reality television competition series "American Gladiators" and "The Contender." She later became an entrepreneur when she co-founded the cosmetics and beauty treatment brand Serious Skincare. Flavin is also known for her 25-year marriage to actor Sylvester Stallone, which ended in divorce in 2022. She began dating Sylvester Stallone in 1988. She and Mr. Stallone have three daughters together.

In addition to her modeling career, she has appeared on "infotainment"-type programs and multiple reality shows, including, "Good Day Live", "Hollywood Women", "American Gladiator", and "The Contender". "The Contender" was a reality show/gameshow that ran for multiple seasons in the United States, and has since spawned a number of spin-offs around the world.

Jennifer Flavin was born on August 14, 1968 in Los Angeles, California and was raised in the city's San Fernando Valley area. One of seven children, she has two sisters and four brothers. When Flavin was 11, her father passed away. As a teenager, she went to El Camino Real High School in Woodland Hills. At the age of 19, Flavin was signed to Elite Modeling Agency and began her professional modeling career.

In 1990, Flavin briefly appeared in the sports drama film "Rocky V," the fifth installment in the "Rocky" franchise starring Sylvester Stallone as the titular boxer. After this, Flavin appeared on the reality television competition show "American Gladiators," which pit amateur athletes against each other and costumed athletes known as "gladiators." Flavin would go on to appear on another reality television competition show, "The Contender," in the 2000s. Co-hosted by Sylvester Stallone and Sugar Ray Leonard for its first three seasons, the series followed different groups of boxers competing against each other in an elimination-style tournament. Among her other television appearances, Flavin was a guest on the syndicated show "Good Day Live," an hour-long version of the KTTV morning television news program "Good Day L.A." 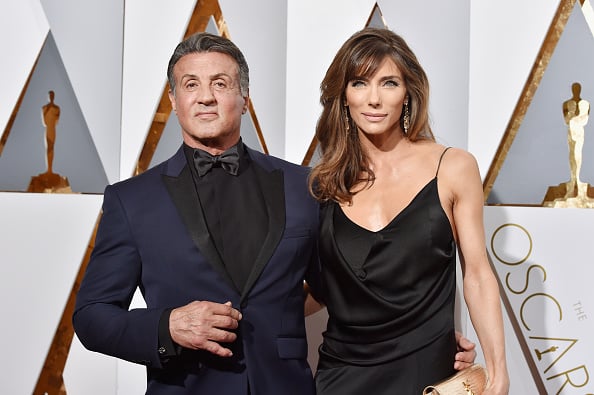 Frustrated by her acne and wan-looking complexion, Flavin was inspired to get into the business of creating effective, natural skincare. After networking with a range of biochemists, bioengineers, and skincare experts, she co-founded the brand Serious Skincare. The brand went on to become the longest-running anti-aging product in the history of the Home Shopping Network, generating more than $2 billion in sales. The company's science-based skincare is based on the potency of glycolic acid, which removes dead skin cells without damaging the protective barrier. Serious Skincare seeks to stimulate collagen, reduce wrinkles, and create a soft, dewy, and even-toned complexion.

Flavin first met actor Sylvester Stallone in 1988 at a restaurant in Beverly Hills, California. The couple dated until 1994, when Stallone notified Flavin that he had been having an affair with model Janice Dickinson, and believed he was the father of her newly born daughter. However, DNA tests revealed that he was not in fact the father. Stallone and Flavin subsequently got back together in 1995, and later married in a civil ceremony in London in 1997. They had three daughters together, including actress and model Sistine Stallone, who was born in 1998.

Following 25 years of marriage, Flavin filed for divorce from Stallone in August of 2022. She claimed he was hiding marital assets. During the legal proceedings, she requested exclusive domain over the couple's home in Palm Beach, Florida.

In January 2010, Sylvester and Jennifer paid $4.5 million for a vacation retreat in La Quinta, California. They attempted to sell this house a number of times starting in 2014. By 2016 they had even reduced the price to $3.625 million, but still did not find a buyer. They finally sold this home in May 2020 for $3.1 million.

In December 2020 they paid $35.4 million for a 1.5-acre property with 13,000 square-foot mansion in Palm Beach, Florida. The sellers of the property cleared nearly $10 million in profits from the sale, having acquired the property in 2018 for $26 million.

For much of their marriage, Jennifer and Sylvester lived in the gated community of Beverly Park, high atop Beverly Hills. In December 2021 they sold this home to Adele for $58 million. At the time it was the highest price ever paid for a home in Beverly Park. 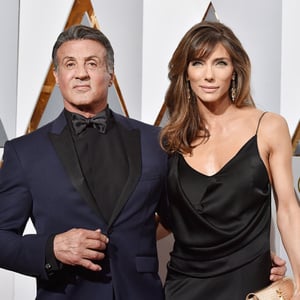