Jen Selter net worth: Jen Selter is an American fitness model who has a net worth of $600 thousand. Jen Selter was born in Long Island, New York in August 1993. Selter is popular on Instagram and has attracted media attention for her well-shaped buttocks. She has appeared in the magazines FHM, Elle, Vanity Fair, Maxim, and Muscle & Fitness.

She was voted #82 on the top 99 Most Desirable Women 2014 by AskMen. In 2014 Selter appeared on the TV series Access Hollywood, Bethenny, and The View. She was featured in People magazine in 2010 regarding her being bullied in high school because of her appearance and how she had rhinoplasty at 15 years old. As of this writing, Jen has 5 million followers on Instagram and 3 million on Facebook. In December 2014, it was revealed that Jen Selter earns approximately $50-60,000 per month posting promotional photos to social media. Typically she only posts around one promotional photo per month, so technically she earns $50-60,000 every time she uploads a booty picture. That's $600-720,000 per year. That figure is also reportedly growing very quickly. 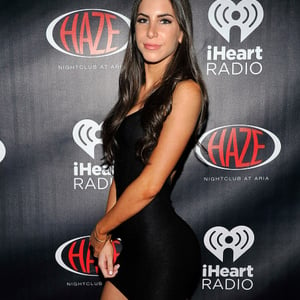