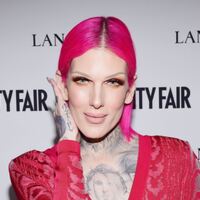 What is Jeffree Star's Net Worth?

Jeffree Star is an American model, fashion designer, DJ, singer-songwriter, and makeup artist. As of this writing, Jeffree Star has a net worth of $200 million. In addition to being one of the highest-paid YouTube stars on the planet, he oversees a cosmetic empire called Jeffree Star Cosmetics that is the source of the majority of his fortune today. He is known for his striking hair color that is frequently hot pink, and many tattoos.

Jeffree Star was born Jeffrey Lynn Steininger Jr. in Orange County, California on November 15, 1985. Tragically, his father, Jeffrey Steininger Sr., committed suicide when he was six years old. He was raised by his mother Marra Shubyann Lindstrom Steininger, who was a model. When he was young, Jeffree would experiment with his mom's makeup. He actually began wearing makeup to school every day in junior high. After graduating from high school he moved to Hollywood to pursue a modeling and makeup career. He also maintained an interest in music. When he first arrived in Hollywood he worked at several makeup counters while booking side-gigs at weddings and fashion shoots.

Over time he started making celebrity connections for his makeup skills. He also developed a following on social media, MySpace in particular, where he posted makeup tips and songs. He eventually developed one of the largest early MySpace followings with photos posts getting tens of thousands of comments. He was MySpace's most connected profile personality by 2006. He also gained notoriety as one of the most popular unsigned artists on MySpace. His songs also regularly topped MySpace Music's Independent Artists charts.

Jeffee's debut album "Beauty Killer" was released on Popsicle records in September 2009. The album debuted and peaked at #2 on the Top Heatseekers chart and peaked at #122 on the Billboard 200. It hit #22 on the US Independent Albums chart. It also made the top 10 of the US Dance/Electronic Albums. As of this writing, it's Jeffree's only studio album, though he also released four extended plays, and five music videos. His 2008 EP "Cupcakes Taste Like Violence" also cracked the top 10 on several charts. He worked with Kesha and Nicki Minaj and in 2010 signed a record deal with Akon's Konvict Muzik for a second album which was never produced. He would later claim that personality clashes with Akon are the reason he walked away from the record deal and the music industry in general.

Jeffree founded his eponymous cosmetics company in 2014 using his entire life savings earned from his music and makeup career up to that point. He would later say he was nearly bankrupt at the time and felt his music career was dead in the water when he launched the company. He was one of the early makeup personalities to use YouTube to promote his brand and himself. Jeffree's early YouTube uploads were still mostly related to his music, but he soon shifted to promoting Jeffree Star Cosmetics. Thanks to friendships with celebrities like Kat Von D, his following grew quickly.

His YouTube following would eventually top 15 million, with more than 1.7 billion video views.

His first release was a collection of velour liquid lipsticks. All 30,000 units sold out within minutes of launch. He followed up with a line of lip scrubs, highlighter palettes and eye-shadow pallets. He then released a line of accessories and clothing including makeup bags and mirrors.

In 2018 the first mall-based store in the US began carrying Jeffree's line, but the majority of his sales today came from direct fulfillment from his own warehouse in Los Angeles. 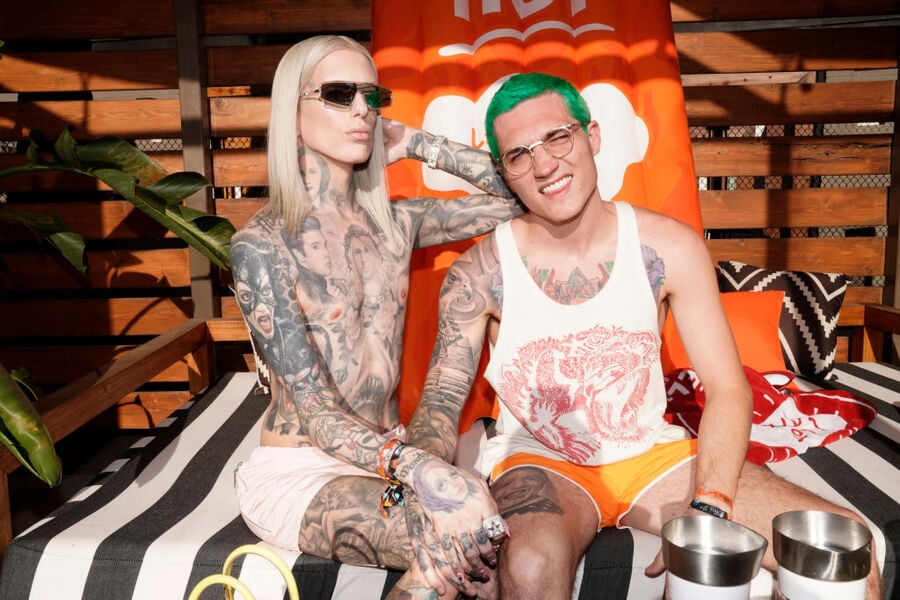 In a 2018 interview with YouTuber Shane Dawson, Jeffree claimed that his makeup empire's annual gross revenue is north of $100 million. This couldn't be confirmed since the company is private, but based Jeffree's house and car collection which we see in a different Shane interview, the company is clearly doing very very very well!

Today Jeffree Star has investments in marijuana, real estate and merchandising. He owns the shipping and fulfillment center used by Jeffree Star Cosmetics and other drop shipment companies.

In 2019, Jeffree and Shane teamed up to launch a line of eye-shadow and liquid lipsticks. In an October 2019 YouTube video, Jeffree claimed that if the sell-out of the eye-shadow, they would earn $35 million, with $10 million going to Shane. With re-orders, the numbers would eventually grow even higher.

Jeffree is notable for being involved in a number of high-profile feuds with other celebrities. He continually feuds with fellow makeup tycoon Kylie Jenner, frequently degrading her products as low-quality, derivative and copycat. He has also feuded with Kylie's sister Kim Kardashian, fellow YouTuber James Charles and former close friend Kat Von D. The feuds seem to only make Jeffree more popular.

Jeffree was in a relationship with social media personality/model Nathan Schwandt from 2015 to January 2020. For several years they lived in in an enormous mansion in Calabasas, California with five dogs. Jeffree purchased the 10-bedroom, 15-bathroom house in 2016 for $3.62 million then poured millions into renovations and upgrades. The 7,000 square-foot home sites on a nearly 30,000 square-foot lot with panoramic views of mountains and valleys. He sold this house in November 2020 for $3.4 million.

In December 2019 Jeffree spent $14.6 million on an incredible new home in Hidden Hills, California. The property, which sits on just under 3-acres, has 8 bedrooms and 13 bathrooms in 25,000 square-feet of living space. Check it out in the video below:

In June of 2021 Jeffree listed the above home for sale for $19.5 million, nearly $5 million more than he paid a year and a half prior. It took exactly a year and a few price cuts, but in June 2022 Jeffree accepted $15.5 million for the Hidden Hills compound.

Around the time he listed the Hidden Hills home in the summer of 2021, Jeffree bought a 70-acre ranch in Wyoming. He subsequently scooped up an additional 500 nearby acres.

Jeffree has an impressive car that has featured Bentleys, Aston Martins, Lamborghinis and Ferraris. He reportedly owns over a dozen luxury vehicles.

Jeffrey Star is an American cosmetic entrepreneur and YouTube star who has a net worth of $200 million. While he is one of the highest-paid YouTube stars on the planet, earning at $15-20 million per year. The vast majority of his net worth is attributable to the value of Jeffree Star Cosmetics, as well as ownership interests in various real estate properties and startup businesses.