Jayden Jaymes Net Worth: Jayden Jaymes is an American erotic actress, model and exotic dancer who has a net worth of $2 million dollars. Born in Upland, California, in 1986, Jayden James has appeared in more than 300 adult films. The five-foot-eight actress began her adult career in late 2006. She actually starred in an episode of "True Life" on MTV about the realities of being an adult film star. In 2010, she was in several non-erotic movies, including "The Frankenstein Brothers" and "Born to Be a Star". Jaymes has had her own line of adult toys since 2011. The bisexual actress writes about her life on her blog, sharing the realities of the adult film industry. She has spoken out against several perceived indiscretions she witnessed in the industry, attracting negative criticism from colleagues. Jaymes has been nominated for dozens of awards, winning Best New Starlet at the 2009 NightMoves Award, Best Group Sex Scene at the 2010 AVN Awards and Unsung Starlet of the Year and Best Body at the 2014 AVN Awards. In 2012, she spoke out against an L.A. County attempt to require the use of condoms in adult film scenes, claiming that the local government had no right to regulate what she does with her own body.

[The photo of Jayden Jaymes on this page was licensed via Wikimedia/Creative Commons through the Flickr.com user Anime Nut] 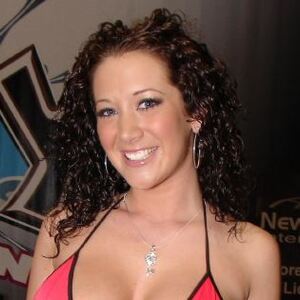