Jayde Nicole net worth: Jayde Nicole is a Canadian model who has a net worth of $3 million. Jayde Nicole has earned her net worth through her modeling career and her career as a Playboy playmate for the month of January 2007 and as playmate of the year in 2008. She has also began her acting career in the Italian film, Un'estate ai Caraibi, and has appeared on Fox Sports PokerStars Million Dollar Challenge.

Jayde Nicole has made several appearances in The Hills on MTV alongside boyfriend Brody Jenner, as well as filming a pilot for E! and The Girls Next Door The Bunny House. She also appeared several times in the reality show Holly's World with Holly Madison. Jayde is an avid supporter of PETA and is the founder of Lengths for Love, which asks for donations of hair to be made into wigs for children in need. Jayde Nicole was born in Port Perry, Ontario, Canada in 1986. She was already modeling at the age of six for catalogs and fashion shows. After that came many more modeling jobs and she eventually started her own agency called "A Touch of Class. She also attended George Brown College in Toronto, studying hotel management. 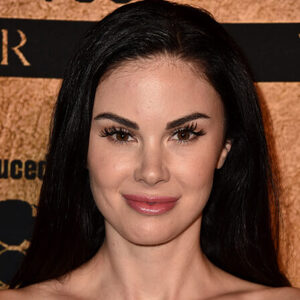