How much is Jason Lewis Worth?

Jason Lewis net worth: Jason Lewis is a model and actor who has a net worth of $4 million. Jason Lewis earned his net worth as a model and actor but he's best known for playing Samantha Jones' boyfriend in the cult series Sex and the City. Fresh out of college, Lewis started modelling in Paris and Milan for some of the big names in fashion including Tommy Hilfiger, Hugo Boss and Guess? In his early acting career, Lewis had a recurring part in Beverly Hills 90210 and made his film debut in the 1998 romantic comedy Next Stop Wonderland. After various TV and film roles, Lewis landed his most memorable role in Sex and the City as up and coming actor Jerrod Smith. Lewis was also seen in both of the Sex and the City movies. Since then he made TV appearances in popular programs, including Charmed, Brothers and Sisters, House, CSI: Crime Scene Investigation and more recently, How I Met Your Mother. Lewis is also becoming more of a regular in films, featuring in My Bollywood Bride, Mr. Brooks (along with Demi Moore and Kevin Costner) and The Attic. In 2011, Lewis starred in a raunchy film, Textuality: A.K.A Sexting. 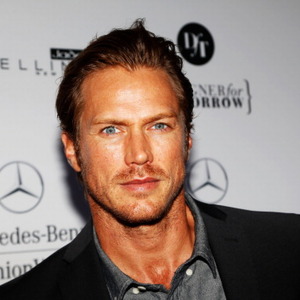