Jasmine Lennard is an English fashion model who has a net worth of $500 thousand. Jasmine Lennard earned her net worth through a modeling career which started in 2005 as a finalist on Make Me a Supermodel, which is a British reality television modeling competition. The show originally aired on the UK's channel Five and was eventually shown on the Bravo cable network.

Jasmine was born on July 25, 1985 in Belgravia, Westminster, her father was a playboy named Brian Lennard who was also the founder of Sacha Shoes. Her mother Marilyn Galsworthy is an actress. Marilyn was also one of the original Chanel and Dior models. Jasmine has two sisters. In 2007 she moved to Los Angles. She gave birth to her first child in 2010, a son, with American musician Seth "Shifty Shellshock" Binzer. She also appeared in the reality TV show Trust Me-I'm A Holiday Rep in 2005, as well as being a regular red carpet model. Some of her acting credits include appearing in the film Revolver in 2005. In 2006 she joined the celebrity edition of The Weakest Link as a contestant, she joined Celebrity Big Brother 10 on August 15, 2012 as the 12th housemate however, she became the first celebrity evicted from the house on Day 8. 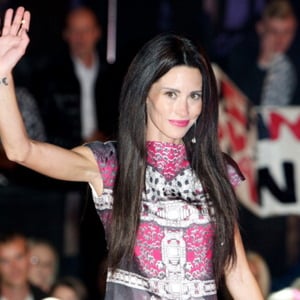