What is Jared Fogle's Net Worth and Salary?

At the peak of his career, Jared was worth approximately $10 – $15 million and was earning $2 million a year as a spokesman and motivational speaker. He reportedly paid his ex-wife a divorce settlement worth as much as $7 million in the wake of his arrest. He has likely lost millions more from legal defense costs and civil settlements.

Jared Fogle was born on December 1, 1977, in Indianapolis, Indiana, to Norman and Adrienne Fogle. He and his younger brother and sister were raised in a Jewish home, and Fogle had a Bar Mitzvah on a trip to Israel before being confirmed by his Conservative-Reconstructionist synagogue. He graduated from North Central High School in Indianapolis in 1995. Fogle attended Indiana University Bloomington in 2000 and then worked briefly as a revenue management agent at American Trans Air.

Fogle rose to fame in April 1999 with his significant weight loss story. Jared lost 245 pounds in a single year which he attributed to his self-designed "Subway diet". This led to his role as a major spokesperson for the company. In 1998, he stood 6′ 2″ and weighed 425 pounds, morbidly obese as a twenty-year-old junior at Indiana University. At the time he was consuming around 10,000 calories per day, the number of calories recommended for five people.

His story started when he saw an advertisement about how Subway subs contained 6 grams of fat or less. He picked up a nutritional brochure to develop his own diet. He changed his eating habits by eating smaller portions of Subway sandwiches that were free of high-calorie condiments like mayonnaise. By following his own regime and walking to class rather than taking the bus, he lost an incredible 245 pounds, and continued to lose weight after that first year. Thanks to a friend, who was an editor of the Indiana Daily Student, Fogle's weight-loss story was unveiled.

Eventually, Subway's national ad agency read about Jared's successful diet and offered to have him lead their national campaign in early 2000. As a test, Subway ran a regional television ad campaign. The first ad aired on January 1, 2000, introducing Fogle and his story with the following disclaimer: "The Subway diet, combined with a lot of walking, worked for Jared. We're not saying this is for everyone. You should check with your doctor before starting any diet program. But it worked for Jared." The introductory test ads were a success, and Fogle began appearing in many TV commercials as well as sponsored in-store appearances around the country. In 2002, Fogle was the subject of an episode of "Southpark" called "Jared Has Aides." He has stated that even though the episode had "typically tasteless humor," he was flattered to be the subject of the show.

In February 2008, a Subway campaign called Tour de Pants celebrated Fogle maintaining his incredible weight loss for a decade. As part of the campaign, Fogle retired his now-famous pair of 62 inch pants to a museum at the end of the advertising tour. 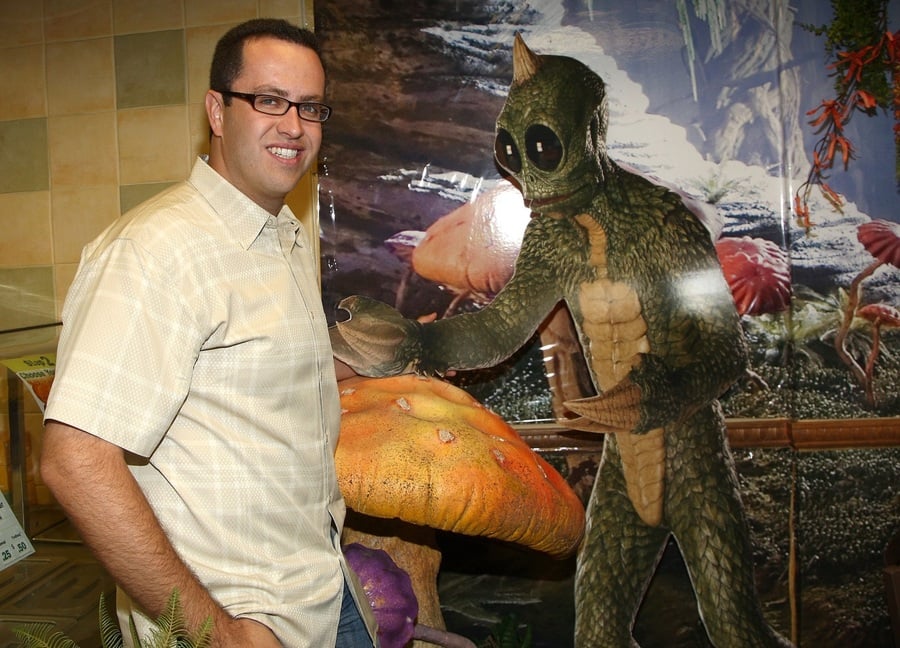 He worked as a major spokesperson for the company for over 15 years until he was arrested by the FBI for possessing and distributing child pornography, and the sexual abuse of a minor. Prior to his arrest, he was also part of the Jared & Friends School Tour, sponsored by the American Heart Association. His role in Subway afforded him many opportunities such as appearances in WWE in 2009 and 2011.  He also appeared in the "Sharknado" film series. He had a cameo appearance in "Sharknado 3: Oh Hell No!" but his scenes were cut from the Syfy Channel broadcast version a week before the premiere, when his house was searched by the FBI.  By 2013, Fogle had filmed over 300 commercials and he continued to make appearances and speeches for the company. Subway attributed a third of its growth sales to Fogle, with revenue having tripled from 1998 to 2011. Jared was a guest on numerous TV shows, including The Oprah Winfrey Show and Larry King Live. He was also an author and was working as a motivational speaker traveling the country about 200 days a year.

In July 2015, Jared's home was raided as part of an FBI investigation into child pornography. The raid was connected to a former employee of Jared's charity who had been arrested. Jared was later charged with possessing and distributing child pornography and traveling across state lines to have sex with minors. Subway severed ties with Jared after the FBI raid and his arrest, and the company and Jared announced that they had mutually agreed to sever their relationship. On August 19, 2015 Jared Fogle pleaded guilty to possession of child pornography. He agreed to pay $1.4 million in restitution to 14 victims, and is now serving a 15-year prison sentence at the Federal Correctional Institution Englewood near Littleton, Colorado. His earliest possible release date is July 11, 2029, a month before his 52nd birthday.

Fogle was married to pediatric nurse Elizabeth Christie from 2001-2007. He became engaged to teacher Kathleen McLaughlin in November 2009. They married in 2010 and had two children together. On August 19, 2015, following Fogle's charges of sex with minors and child pornography, McLaughlin announced she was seeking a divorce. Fogle reportedly paid his ex-wife a $7 million divorce settlement. 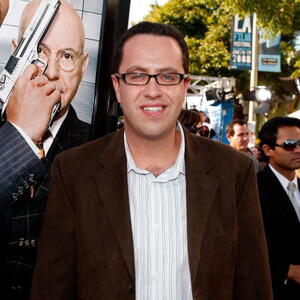