Jarah Mariano Net Worth: Jarah Mariano is an American model who has a net worth of $10 million. Born in Kauai, Hawaii, in 1984, Jarah Mariano grew up in California, and was discovered on the streets of Santa Monica when she was 15 years old. Mariano studied at Pace University in New York while pursuing her modeling career in the Big Apple.

The IMG model has worked with dozens of well-known brands and designers, including MAC, Armani Exchange, Sephora, Avon, Old Navy, Levi's, Abercrombie & Fitch, and Roxy Quiksilver. She appeared in catalogs for "Victoria's Secret" and has done runway work in New York and Miami. Mariano has also appeared in the pages of a handful of women's magazines, including "Self", "Glamour", "Elle", and the Italian version of "Vanity Fair". She's been featured in a couple of international editions of "Vogue" magazine. Mariano starred in Jay Z's music video for "Show Me What You Got" and in Clazziquai Project's "Kiss Kiss Kiss" and "Love Again". She's had a small acting career with parts in "Minority Report", "Chuck", "The Girl From Monday", and "Rescue Me". Mariano lives in New York City where she enjoys taking pictures, practicing yoga, trying new recipes, and surfing when she gets a chance. She earned her speech communications degree from Pace. 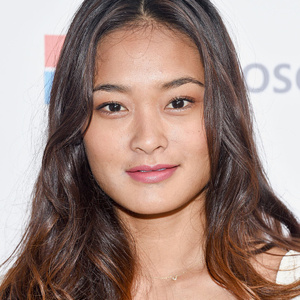