How much is James Charles Worth?

James Charles Net Worth: James Charles, is an American internet personality, makeup artist and model who has a net worth of $22 million. James Charles Dickinson was born in Bethlehem, New York on May 23, 1999. He is most known for his YouTube channel focused on makeup and beauty. In 2016 he was named the first male ambassador for CoverGirl. Charles is also openly gay.

Career: Launched on December 1, 2015, Charles' YouTube channel largely focuses on beauty and makeup. As of January 2020, his channel has over 1.8 billion views, more than 250 videos, and over 16.7 million subscribers. At the 8th Streamy Awards in 2018, his channel won the Best Channel Award in the Beauty category. He is also popular on the social media platform Instagram, where as of January 2020 he has over 16.3 million followers. In his videos and posts, he refers to his fans as "sisters".

Charles has been able to successfully translate his online popularity into several lucrative deals. In 2016 at the age of 17 he was named the first male brand ambassador for CoverGirl, where he worked alongside pop star Katy Perry. He is also the face of the brand So Lashy! By BlastPro Mascara. An accomplished makeup artist, Charles did the makeup for rapper Iggy Azalea's music video for the song "Sally Walker" in March 2019.

In 2018, Charles released an eyeshadow palette in collaboration with Morphe Cosmetics. The "Morphe x James Charles" palette has 39 shades, and retails for $39. At its initial drop on November 14, 2018, the palette sold out fully in Europe in less than 6 minutes. In January 2019 Morphe Cosmetics invited him to the company's second UK store opening in Birmingham, England. Over 7000 fans showed up to the opening to see him, disrupting traffic and bringing the city center to a standstill.

In addition to his career in the beauty industry, Charles has also ventured into modeling, walking on the runway for fashion brand MarcoMarco's "Six ½" collection during Los Angeles Fashion Week in 2017. In 2019, he was also the first Instagram influencer to be invited to The Met Gala.

Merchandise: James is the founder of a clothing line called Sisters Apparel. When the line was initially launched, it was powered by Jeffree Star's Killer Merch fulfillment services. After James and Jeffree got into a feud, which we detail in the next paragraph, Sisters Apparel was briefly taken offline in May 2019. The company was relaunched a month later with a new distributor. 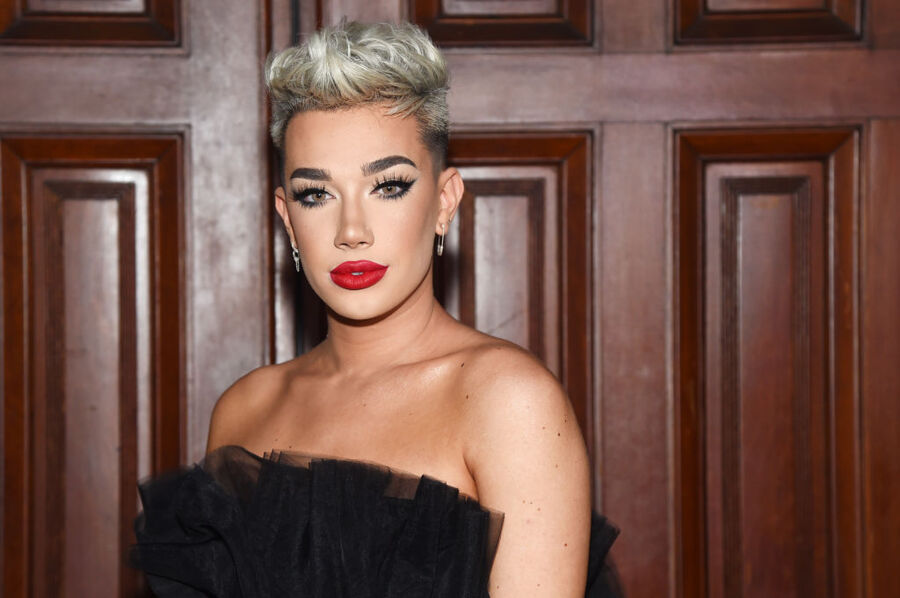 Controversies: Charles is no stranger to controversy, and has several under his belt already. In February 2017, Charles tweeted a joke about Africa and the Ebola virus that many deemed offensive. He later apologized, saying "there are no excuses" for what he said.

In April 2019, Charles once again found himself under fire for comments he made regarding trans men that were found by some to be transphobic. When discussing his sexuality, Charles had states he was a 5.5 on the Kinsey scale and not fully gay, explaining that "there have been girls in the past who I've thought were very, very beautiful. There's also been trans guys in the past, too, that I was really, really into for a moment in time". Charles later apologized for his "unintentionally transphobic" comments.

Perhaps the largest and most well-known controversy is Charles' feud with fellow beauty YouTuber Tati Westbrook. Westbrook is Charles' one-time mentor and long-time collaborator. The pair were so close in fact that Charles did Westbrook's wedding makeup, and affectionately called her "mom". The feud began when Charles made a sponsored post on Instagram advertising for a product from Sugar Bear Hair, a brand in direct competition with Westbrook's brand Halo Beauty. In reaction, on May 10, 2019, Westbrook uploaded a 43-minute long video titled "BYE SISTER…" to her YouTube channel, announcing her decision to cut ties with Charles. In the video, Westbrook criticizes Charles, accusing him of disloyalty, spreading rumors about her, including other members of the beauty community and "manipulating people's sexuality" by trying to sleep with a man who was not gay. By June 2019, the video had over 34 million views, although it has since been deleted off her channel.

The online reaction was swift, with Charles setting a YouTube record when he lost over 1 million subscribers in less than 24 hours. His channel his a low point of 13.4 million subscribers on May 15, 2019, from which it has steadily recovered. Meanwhile, over the same time period, Westbrook's subscriber count increased by over 4 million.

As his first reaction, on May 10, 2019, the same day Westbrook's accusational video went up, Charles uploaded an 8-minute video response titled "tati", which reached over 33 million views. Although the video has also been deleted, in it he apologizes to both her and her husband, and briefly addresses some of her claims. On May 18, 2019, Charles posted a second 41-minute video, "No More Lies", where he addresses every single claim made by Westbrook, complete with evidence refuting many of her accusations. After posting the video, he regained a million subscribers, renewing support for him and criticism towards Westbrook.

How Much Does James Charles Make On YouTube? James Charles has yet to crack our annual list of the 10 highest paid YouTube stars, but at his peak he could likely earn at least $5 million per year from his channel views alone (before taxes). He also has income sources such as paid Instagram posts (like the one that sparked the feud with Westbrook), personal appearances, merchandise and endorsement deals with various companies like Covergirl and Morphe Cosmetics which bring in significant sums every month.

Real Estate: In February 2020, James closed on a $7 million home in Encino, California. He had previously been paying $15,000 per month to rent a mansion not far away. The home is brand new, never-been-lived-in, and is located on the same block as fellow YouTuber Logan Paul's $6.6 million home. His new home is 10,000 square-feet and has six bedrooms. 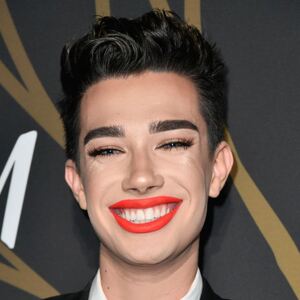