How much is Jacqueline Laurita Worth?

Jacqueline Laurita net worth: Jacqueline Laurita is a former cosmetologist from Las Vegas, and current reality TV cast member who has a net worth of $500 thousand. Jacqueline Laurita has been a member of Bravo's The Real Housewives of New Jersey since the first season. She is the wife of businessman Chris Laurita, and mother of two sons, and one daughter. Chris is the father of her two sons, Christopher J. Laurita Jr., who was born in 2002 and Nicholas Laurita, born in 2009. Her daughter Ashley was born in 1990 and is the daughter of Matt Holmes, Jacqueline's first husband, whom she divorced in 1992. She loves being a stay at home mom and housewife, and considers her family the top priority of her life.

Jacqueline Laurita is the sister-in-law of two other reality housewives on the show, Dina Manzo and Caroline Manzo. She is the daughter of an Army Colonel and as such, moved quite a bit as a child. She lived in South Korea, Germany and Virginia. Her family finally settled in Virginia where she attended school at Chantilly High School. She then moved on to Las Vegas, where she lived for quite some time and worked as a cosmetologist. Jacqueline's parents still reside in Las Vegas. Her role on The Real Housewives seems to be mainly as peacemaker between her sisters-in-law and former cast member Danielle Staub. Lately Jacqueline has also had to contend with the never ending job of being the mother of a teenage daughter, who seems to be in a drama all her own. Jacqueline likes to take care of herself and her appearance, so trips to the gym, spa and salon's are an important part of her life. She not only wants to look and feel her best, but enjoys the pampering as well.

In April 2013, a bank in New Jersey began foreclosure proceedings on Jacqueline Laurita's New Jersey mansion. The bank claims that Mrs. Laurita has not made a payment on her $1.6 million mortgage since February 2012. The monthly payment before penalties is more than $10,000. The state of New Jersey also claims that Jacqueline has owes more than $340,000 in state back-taxes. 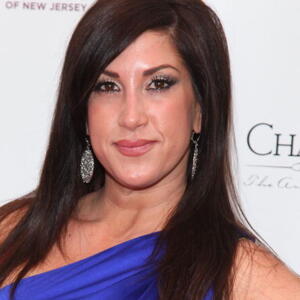