J. Alexander net worth: J. Alexander is an American reality television personality and runway coach who has a net worth of $7 million. J. Alexander was born in The Bronx, New York City, New York in April 1958. He is known for his work on the reality TV series America's Next Top Model.

J. Alexander travels for the fashion and modeling industries and resides in New York City and Paris. He signed with Elite Model Management as a teenager and met Tyra Banks backstage at a runway show. J. Alexander was a judge, runway coach, and runway trainer on the series America's Next Top Model from 2003 to 2015. He has also appeared on episodes of the TV series Canada's Next Top Model, The Tyra Banks Show, Fashion News Live, and Fashion News Live (Vintage). As an actor he appeared on an episode of the TV series Cuts and in the video short Mirror Mirror : Go90. J. Alexander won a Teen Choice Award in 2009 for Choice TV Fab-u-lous. 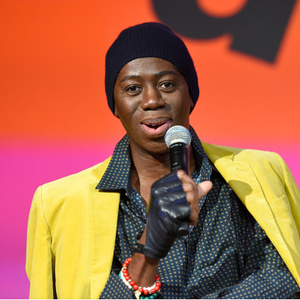