How much is Izabella Miko Worth?

Izabella Miko Net Worth: Izabella Miko is a Polish actress and former ballet dancer who has a net worth of $4 million. Born January 21, 1981 in Łódź, Poland, Izabella Miko grew up in Warsaw, Poland where she studied to be a ballerina at the National Ballet School. At the age of 15 she was recruited to come to New York on a full scholarship and study at the School of American Ballet. Unfortunately, it wasn't long before she suffered vertebrae, knee and ankle injuries and by 1997 her ballet dreams were effectively over. At the tender age of 17, she was already back in Warsaw wondering what she would do next. As fate would have it, a casting director who was working with Izabella's thespian parents, Grazyna Dylag and Aleksander Mikolajczak, asked if Izabella could play a part in a TV movie (Lithuania You're My Motherland – 1997). Izabella was instantly hooked on acting and felt she had found her true calling. Shortly before her 18th birthday, she headed back to America and immediately began training at the Lee Strasberg Theatre Institute and soon landed her first American role as Cammie in the movie Coyote Ugly (2000). She went on to appear in such productions as HBO's award-winning series Deadwood (three episodes), The Killer's music video for Mr. Brightside (as well as The Killer's music video for Miss Atomic Bomb), during which she broke her foot while making the video. Izabella also appeared in the bigger budget remake of Clash of the Titans in the role of Athena. She was ranked #48 on Maxim's Hot 100 Women of 2001 list. 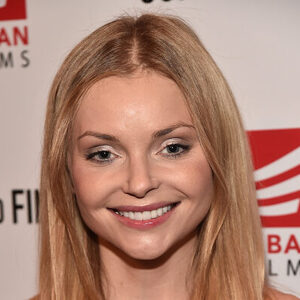