Izabel Goulart net worth: Izabel Goulart is a Brazilian model who has a net worth of $5 million. Izabel Goulart was born in Sao Carlos, Sao Paulo, Brazil in October 1984. She is best known for her time as a Victoria's Secret Angel from 2005 to 2008 and also for working with Armani Exchange.

She was recruited to be a model at 14 years old while shopping for groceries with her mother. During her first fashion show appearance she had a wardrobe malfunction and her top fell open. Goulart has modeled for many designers such as Bill Blass, Givenchy, Oscar de la Renta, Chanel, Ralph Lauren, Michael Kors, Dolce and Gabbana, Emmanuel Ungaro, H&M, Neiman Marcus, and Express. She appeared in the Sports Illustrated Swimsuit Issue in 2011 and became the face of MAC Cosmetics Tropical Taboo range in 2013. She was selected as one of People magazine's 100 Most Beautiful People in the World in 2007. Goulart has appeared in episodes of the TV series Two and a Half Men and Entourage. 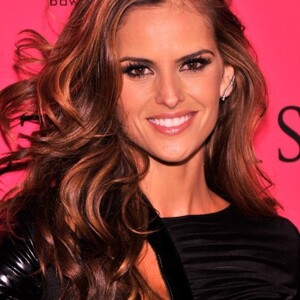