Ireland Baldwin Net Worth: Ireland Baldwin is an American fashion model who has a net worth of $1 million. Ireland Baldwin was born in Los Angeles, California in October 1995. She is the daughter of actors Alec Baldwin and Kim Basinger and the niece of actors Stephen, William, and Daniel Baldwin.

She gained notoriety in 2007 after her father Alec left her an angry voicemail message which was released to the media. Ireland signed with IMG Models in 2013 and debuted in the swimwear edition of the New York Post. She appeared in W Magazine, Vanity Fair, Elle, and DuJour magazines. She appeared in the 2013 film Grudge Match and has worked as a Special Correspondent for Entertainment Tonight since 2013. Baldwin is widely recognized by her height of 6'2″. Ireland formerly dated Slater Trout but now dates rapper Angel Haze. The pair got matching tattoos in 2014. Ireland was ranked #90 in the 2014 edition of Maxim magazine's Hot 100 list. 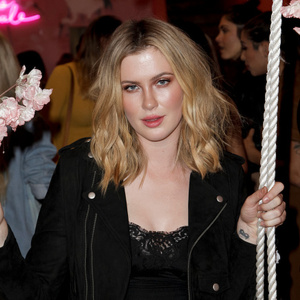