What is Holly Madison's Net Worth?

Holly Madison is an American Playboy model, showgirl, and reality TV star who has a net worth of $16 million. Holly Madison is probably best known for her association with Hugh Hefner and Playboy magazine, although she was never a Playboy Playmate. She did, however, pose nude for the magazine on more than one occasion. After living in the Playboy mansion for several years, she released a number of books that detailed what really goes on inside. Madison is also a successful reality TV star.

Holly Madison was born Holly Cullen on December 23rd of 1979. Although she was born in Astoria, Oregon, she moved with her family to the small town of Craig on Prince of Wales Island in Alaska at the age of two. When she reached middle school, she relocated back to Oregon with her family and went to high school in the town of St. Helens.

After graduating, she attended the University of Portland for two years and studied theater and psychology. Following this, she moved to Los Angeles and attended Loyola Marymount University. Tuition costs were starting to mount by this point, so Madison became a model for Hawaiian Tropic suntan lotion and took a job as a waitress at Hooters.

As her career as a model and waitress developed, Madison was eventually invited to the Playboy Mansion when she was 21. Over the next year, she became closer to Hugh Hefner and visited more often. Her financial issues continued to become an issue, and at one point her credit card debt was so extensive that she was on the verge of homelessness. At the age of 22, she officially asked Hugh Hefner for permission to live in the Playboy Mansion, and he accepted.

What followed was a bit of a mixed bag. On the one hand, Hugh Hefner now controlled virtually every aspect of Holly's life. She wasn't allowed to earn income outside of the mansion, and, like every other girl living there, Madison was subject to a strict 9 PM curfew every night. Hefner also allegedly controlled her finances. In addition, Holly has stated that after moving in, she felt pressured to get cosmetic surgery in order to succeed in the entertainment industry. In 2001, she had breast enhancement surgery and in 2003 she received a rhinoplasty.

On the other hand, living in the Playboy Mansion and connecting with Hugh Hefner provided Madison with new opportunities. After a number of girls left the mansion, Holly became Hefner's new "number one girl" in 2002, essentially acting as his girlfriend and closest partner in the mansion. In 2003, she started appearing in The Girls Next Door, a reality TV series that gave viewers an inside look into the Playboy Mansion. The show also heavily featured Holly Madison, exploring her personality and her life story. This helped elevate her to considerable fame. 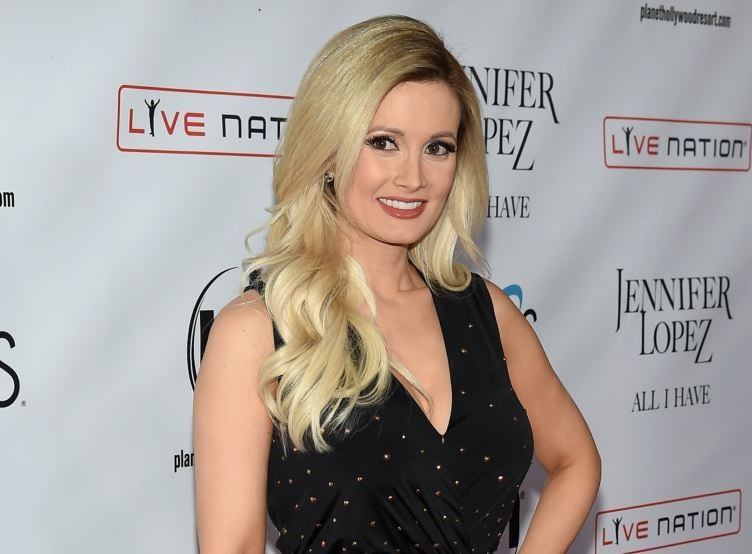 Madison also became a regular model in Playboy magazine, posing nude for the first time with her The Girls Next Door costars in a 2005 issue. He appeared again under similar circumstances in 2006, 2007, and 2008. Additionally, Madison worked on The Girls Next Door calendars, working as an intern at Playboy's studio and becoming a junior photo editor at one point.

fellow Playboy Playmates Kendra Wilkinson, and Bridget Marquardt. She starred on "The Girls Next Door" for five seasons.

By 2008, Madison was publicly expressing her desire to marry Hugh Hefner and have his children. Her hopes were dashed when Hefner revealed he had no plans to get married, and their relationship subsequently soured. Soon enough, Madison ended her romance with Hugh, later stating that the entire relationship was caused by what she described as Stockholm syndrome.

After the breakup, Holly wrapped things up with The Girls Next Door. By the end of the sixth season, she was no longer living in the Playboy Mansion. In 2008, she returned to television once again, competing in Dancing with the Stars alongside professional dancer Dmitry Chaplin. After suffering an injury, Holly was voted off the show. In 2009, she booked a starring role in the burlesque show Peepshow. Although the show was initially slated for a 3-month run at Planet Hollywood in Las Vegas, it was extended due to its popularity. She performed in Las Vegas for four years before pregnancy forced her to bow out in 2012.

Her new life in Las Vegas spawned another reality show called Holly's World. As the title suggests, it centered around Madison's life and her experiences performing at Planet Hollywood. She also acted as a co-producer for the show. 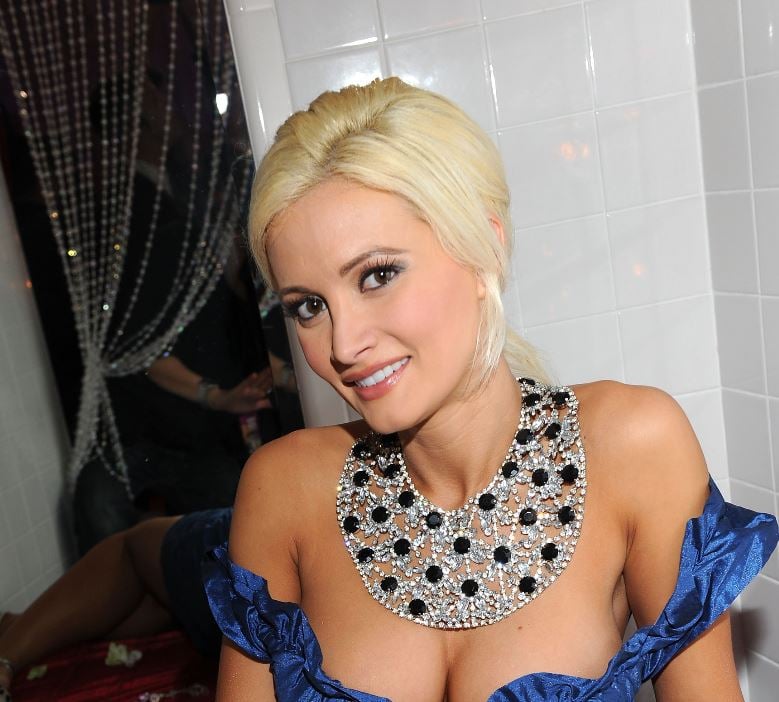 In 2015, Madison published Down the Rabbit Hole: Curious Adventures and Cautionary Tales of a Former Playboy Bunny. The memoir provided intimate details of her experiences while living at the Playboy Mansion, and quickly became a New York Times Bestseller. In 2016, she followed up with another memoir entitled The Vegas Diaries: Romance, Rolling the Dice, and the Road to Reinvention. This book also became a bestseller.

After her relationship with Hugh Hefner ended, Madison claimed that was "never dating anyone again." However, she started dating a man called Pasquale Rotella in 2011, and in 2013 they got married and welcomed their first child into the world. In 2016, they had a second child. In 2019, they finalized their divorce.

In 2011, Holly made headlines when she took out an insurance policy on her cosmetically-enhanced breasts for $1 million.

In 2013, Madison and her husband purchased a property in Las Vegas for $3.475 million. The 10,500-square-foot mansion sits on 2.72 acres of land just west of downtown Las Vegas. The outdoor area features more than one swimming pool.

In 2015, Holly Madison purchased a property in Los Angeles for $7.1 million. Built in 1926, the extensive 8,500-square-foot home sits on a plot of land decorated with fountains and terraces. Lush, landscaped gardens surround the property, and there's also a swimming pool, spa, and built-in barbecue. When Holly listed the property in 2017, it proved to be extremely popular. A bidding war drove up the listed price of $8.1 million, and Madison eventually sold it for $8.225 million. 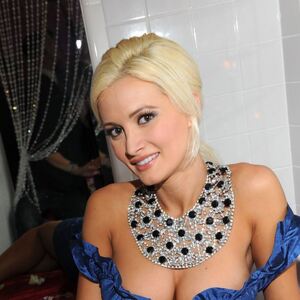