What Is Helena Christensen's Net Worth?

Helena Christensen is a Danish supermodel, photographer, fashion designer, and actress who has a net worth of $25 million. Christensen was one of the original Victoria's Secret Angels, and she co-founded "Nylon" magazine and served as the publication's creative director. Helena has graced the covers of numerous magazines, including "Elle," "Vogue," and "Harper's Bazaar," and she is an accomplished photographer whose work has appeared in "Elle," "Nylon," and "Marie Claire."

Helena Christensen was born on December 25, 1968, in Copenhagen, Denmark. She is the daughter of Elsa and Fleming Christensen, and she has a younger sister named Anita. Helena can speak Danish, English, Spanish, German, and French fluently. In 1986, she was crowned Miss Universe Denmark when she was 17 years old and represented the country in the Miss Universe pageant. The following year, Christensen was a finalist in the Look of the Year 1987 competition, and she soon left Denmark to pursue a modeling career in Paris.

In 1991, Helena starred in Chris Isaak's "Wicked Game" music video, which was featured on VH1's "50 Sexiest Video Moments" and "100 Greatest Videos" and MTV's "Sexiest Video of All-Time." "Wicked Game" also won an MTV Video Music Award for Best Male Video. In 1992, Christensen was hired as a spokesmodel for Revlon cosmetics. She went on to appear in campaigns for Chanel, Prada, Versace, Hermès, Karl Lagerfeld, and Valentino, and she was featured on a Times Square Billboard, naked "except for a strategically placed banana leaf." She appeared in Victoria's Secret catalogs and commercials, and Helena, Tyra Banks, Daniela Peštová, Karen Mulder, and Stephanie Seymour were the original Angels. In a 1996 issue of the "New York Times," journalist Frank DeCaro named Christensen, Christy Turlington, Naomi Campbell, Claudia Schiffer, Linda Evangelista, Cindy Crawford, and Elle Macpherson "The Magnificent Seven" and stated, "Known by their first names to legions of fans, they are the supermodel legends of the modern catwalk, the girl next door pretty underneath all the paint." In her late forties and early fifties, Helena has appeared on the covers of Portuguese "Vogue," "Vogue Italia," French "Elle," and British "Tatler" and participated in fashion shows for Versace and Dolce & Gabbana. She also appeared in Dolce & Gabbana's spring/summer 2019 ad campaign alongside Eva Herzigová, Carla Bruni, and Marpessa Hennink. 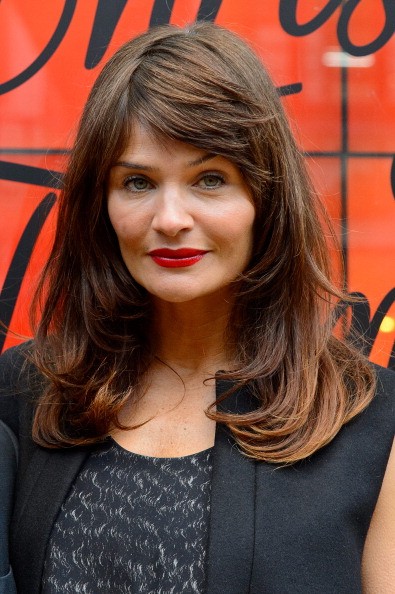 In 1999, Christensen co-founded "Nylon" magazine with Marvin Scott Jarrett, Jaclynn Jarrett, Mic Neumann, Madonna Badger, and Mark Blackwell. Liv Tyler appeared on the cover of the first issue, and Helena photographed and interviewed her. Christensen ran a shop called Butik with her friend Leif Sigersen in NYC's West Village, and the two later launched the Christensen & Sigersen clothing line. Helena also created a line of vintage clothing that was sold in Copenhagen's Yo-Yo Second Hand Shop, which was owned by her mother. In 2008, Christensen became the face of the U.K. lingerie brand Triumph, and she released her own lingerie collection for the brand in 2012. Her photo exhibition "A Quiet Story" debuted at Rotterdam's Locus Gallery in 2006, followed by "Far From, Close" at Dactyl Foundation in New York City from 2008 to 2009. "Far From, Close" benefited the Chernobyl Children's Project International and the International Center of Photography. In 2014, Helena worked on the "A Private Moment" photography series, which featured 17 women (including Liv Tyler, Lizzy Jagger, and Liberty Ross) wearing Rika button-down shirts in their homes. The project's theme was "grace," and Christensen said of the series, "I like doing personal, very intimate projects that don't require a lot of pre-meetings. With projects of this nature, people do it because they want to. I thought it was beneficial to be at their places alone, to not have makeup and hair and lots of people around with all of that build-up." In 2016, she was named a "Global Explorer" for Luxury Collection Hotels and Resorts.

In the early '90s, Helena was in an on-and-off relationship with INXS frontman Michael Hutchence, and they lived together in Denmark and France. In 1998, Christensen began a relationship with actor Norman Reedus, who is best known for playing Daryl Dixon on "The Walking Dead," and they welcomed son Mingus Lucien Reedus on October 13, 1999. Helena and Norman split up in 2003. Mingus followed in his mother's footsteps and became a model, working with designers such as Calvin Klein and Tommy Hilfiger, and in 2021, Helena and Mingus appeared together in a Mother's Day campaign for Victoria's Secret. In 2012, Christensen revealed that she was in a relationship with Paul Banks, the lead vocalist of the band Interpol, and in 2015, she appeared in the band's music video for "Everything Is Wrong." In 2018, Banks confirmed that they were no longer together.

In 2009, Helena teamed up with Oxfam to photograph the impact of climate change in her mother's birthplace, Peru. Helena said of the experience, "The impacts of climate change are extremely severe in the areas we visited. The farmers we met and talked to are already living very hard lives, and are now being forced to adapt to the effects of the rapidly changing climate." She added, "We are at a critical tipping point. We need to put pressure on our governments in order for them to take the necessary, radical steps that are needed. There's no time left, it is absolutely imperative to act now." Christensen has participated in the Fashion Targets Breast Cancer campaign, which raises funds for Europa Donna Ireland and Ireland's Action Breast Cancer through the sale of designer t-shirts, and she and Tommy Hilfiger worked together to design limited-edition bags to benefit Breast Health International.

Helena owns homes in Denmark, the Catskills, and Manhattan. Her Catskills home was featured in "Architectural Digest Middle East" in October 2018. 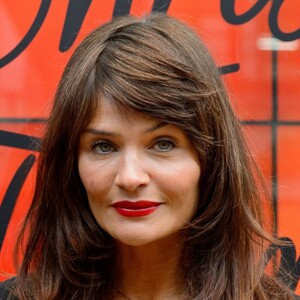