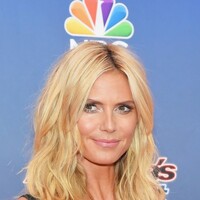 What is Heidi Klum's Net Worth and Salary?

Heidi Klum is a German and American model, actress, TV host, businesswoman, fashion designer, TV producer, artist, and occasional singer who has a net worth of $160 million. After a successful modeling career that made her a Victoria's Secret Angel, Heidi Klum experienced considerable success in the entertainment industry.

In a given year Hedi Klum earns $40 million from her empire which includes television production, hosting, endorsements and licensing deals. She has a intimates line called Heidi Klum Intimates and a regular clothing line sold at supermarket chain Lidl.

Heidi Klum was born on June 1st of 1973 in Bergisch Gladbach, a small German town near Cologne. Her father worked as an executive for a cosmetics company, and her mother was a hairdresser. At the age of 19, Heidi Klum entered a modeling contest and won a contract worth $300,000 dollars.

Heidi Klum quickly became a household name in the fashion industry after appearing on the covers of Vogue, Elle, InStyle, Glamour, and many others. She became more popular outside of the fashion world after appearing on the cover of Sports Illustrated in 1998. She is also known for her association with Victoria's Secret, and she was a frequent fixture at their fashion shows over a period of 13 years. She officially parted ways with the lingerie brand in 2010.

During her time with Victoria's Secret, Heidi Klum designed her own line of lingerie that was carried by the brand. She also helped them design a line of cosmetics. Later she would create her own line of fragrances. During modeling career, Klum was praised for making sound business decisions. She created her own swimsuit calendars, the most notable of which was released in the year 2000 for US markets.

Over the course of her modeling career, Heidi Klum has worked with brands such as Givenchy, Marc Jacob, McDonald's, Volkswagen, New Balance, and Astor. In many cases, Klum has worked as a brand ambassador, commercial actor, or spokeswoman for these brands. After ending her association with Victoria's Secret, Heidi Klum has become more of a businesswoman than a fashion model.

Many fashion insiders have commented that Klum was never suited to a career in modeling due to her proportions. Karl Lagerfeld even suggested that she was always "insignificant" in the world of fashion, citing her large bust and the fact that she was never involved in the Parisian fashion scene.

In terms of acting, Heidi Klum has appeared in a range of projects. These include television shows such as Sex and the City, Spin City, How I Met Your Mother, and Yes, Dear. Klum also booked roles in films such as Ella Enchanted, The Life and Death of Peter Sellers, The Devil Wears Prada, and Perfect Stranger. She also provided the voice for a villain in the James Bond video game Everything or Nothing. 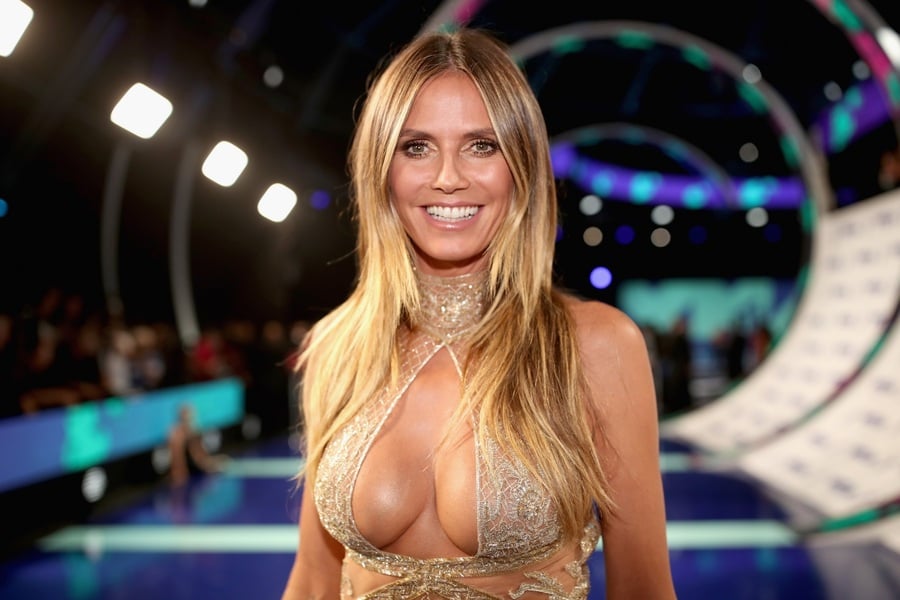 Heidi Klum also worked as a producer on the reality show Project Runway. She appeared in the show as a judge and was nominated for several Emmys eventually winning one for Outstanding Host for a Reality or Reality-Competition Program in 2013. She also won a Peabody Award for her work on Project Runway. In addition, she has hosted shows such as Germany's Next Top Model and America's Got Talent. Klum is also an artist and designer who has created clothing lines, jewelry, paintings, and sculptures.


While Heidi Klum was broadcasting the finale of Germany's Next Top Model, a woman called in and issued a bomb threat. The season ten finale was then thrown into disarray, as the entire hall was evacuated and the live broadcast was interrupted. A man then approached Heidi Klum and issued a second bomb threat. The man was promptly arrested, but Heidi Klum was quickly evacuated alongside her daughter. Eventually, an abandoned suitcase was found in the hall, although the entire debacle was later exposed as a hoax.


Heidi Klum at times has been one of the world's top-earning models, At the peak of her modeling career in 2011, Heidi earned $20 million from modeling alone.

In December 2010 Heidi and Seal paid $14.2 million for a mansion in an exclusive neighborhood within the already-exclusive LA neighborhood called the Brentwood Country Estates. The property features a 12,300 square-foot Mediterranean mansion which Heidi and Seal were able to buy from a bank after the previous owner slipped into foreclosure. In June 2014, as the couple was finalizing their divorce, Heidi listed the mansion for sale for $25 million. She accepted $24 million in august 2014.

In 2018, she bought a $5.1 million penthouse in New York City. The building dates back to the 1800s, and the Penthouse suite had been used as an art studio prior to going on the market. 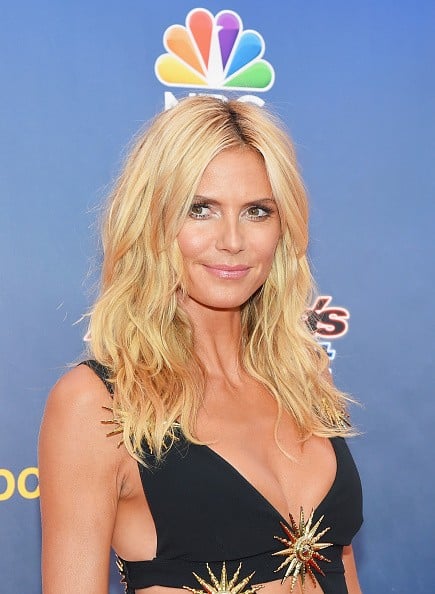 Heidi Klum has become well known for her philanthropic efforts over the years. In 2011, she led The Walk For Kids, an event that raised money and awareness for the Children's Hospital of Los Angeles. The 5K walk was seen as a great success. Klum also won praise for her work with the Red Cross, particularly after her contributions and assistance during the aftermath of Hurricane Sandy.

Heidi Klum has also used her modeling career as a force for change in the world. For example, she participated in a special ad campaign for Marc Jacobs that raised skin cancer awareness. She also modeled for a Jean-Paul Gaultier campaign that raised money and awareness for amfAR, an AIDS research foundation. For her involvement with various charity organizations, Heidi Klum was presented with the Crystal Cross Award in 2014.

In 1997, Klum married stylist Ric Pipino, although they divorced in 2002. In 2003, she began dating Flavio Briatore, the manager of Renault's Formula One team, and later had one child with him.

In 2005 she married Seal. In 2014, she finalized her divorce with Seal. She then dated her bodyguard for two years before starting a relationship with an art curator called Vito Schnabel. Klum broke up with Schnabel in 2017. In 2018, she started dating guitarist Tom Kaulitz. The two were married in 2019.