Heather Rae Young was born in Anaheim, California on September 16, 1987, and grew up in Big Bear, California. She started modeling when she was 18 for Carrie Amber Lingerie, DOS eyewear, and others. In February 2010 she was the Playboy Playmate of the Month. She's also worked as an actress, appearing in The Malibu Tapes, Love in the Time of Monsters, 'Til Death, and Comedy Bang! Bang! Real estate seemed like a natural transition for her outgoing nature and within the first three months after passing her real estate licensing exam at 27, she sold a $1.5 million condo and a $7.2 million house. She joined the Oppenheim Group in 2014. Heather is a vegan. She has three dogs, Sebastian, Baxter, and Brandy and is passionate about animal rights. She's been dating Tarek El Moussa, star of HGTV's Flip or Flop and Flipping 101 with Tarek El Moussa since 2019. The couple recently moved in together in Orange County. Heather maintains an apartment in Los Angeles as well to be closer to work. For her 32ndbirthday, el Moussa bought her a white hardtop Ferrari. 2019 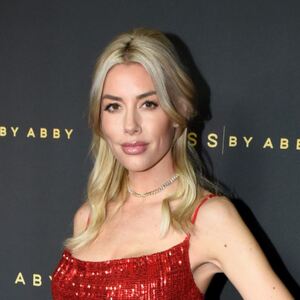