How much is Heart Evangelista Worth?

Heart Evangelista net worth: Heart Evangelista is a Chinese Filipino actress, television host, and VJ who has a net worth of $3 million. Heart Evangelista was born in February 1985. She was discovered by an agent while she was at a mall and signed with the Star Magic agency. Evangelista has also been signed with other agencies including Manila Genesis, Royal Era Entertainment, GMA Artist Center, and Viva Artist Agency. She released her debut studio album Heart in 2003 and is also an accomplished painter. Evangelista has starred in several films including Trip, My First Romance, Nobody, Nobody But… Juan, Temptation Island, Trophy Wife and more. She has starred in several TV series and won two FAMAS Awards including for Best Actress in 2009. Evangelista authored the book This is Me, Love Marie and married politician Francis Escudero in 2015. She has her own foundation Heart Can which helps children with respiratory diseases and is also a spokesperson for the Philippine Animal Welfare Society. 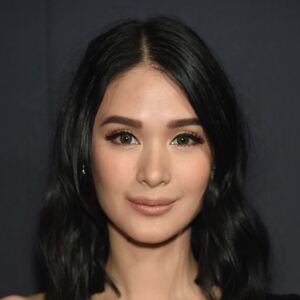