Hannah Davis net worth: Hannah Davis is an American fashion model who has a net worth of $3 million. Hannah Davis was born in Saint Thomas, U.S. Virgin Islands in May 1990. She is probably most famous for starring in a series of commercials for DirecTV titled Hannah and her horse.

Davis was on the cover of the 2015 Sports Illustrated Swimsuit Issue and also appeared in the 2013 edition. She was the face of the Ralph Lauren fragrance Ralph Rocks and starred in ad campaigns. Davis has modeled for Victoria's Secret, Tommy Hilfiger, American Eagle Outfitters, and Levi's. She has also starred in commercials as the DirecTV Genie. Davis was a champion on the Caribbean National tennis team and was a member of the Virgin Islands National Volleyball Team. She has been romantically linked to Derek Jeter. 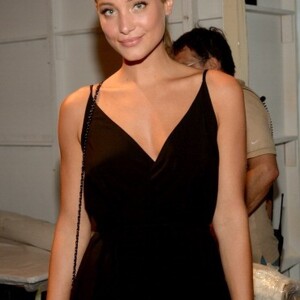