She has been under intense scrutiny most of her life, due to her father's checkered past and his on-again/off-again relationship with her mother. The couple has been married and divorced twice, and they agreed to share custody of Hailie in 2006. She has either been the subject, or received mention, in ten of Eminem's songs, including, "My Dad's Gone Crazy", "When I'm Gone", "Going Through Changes", and "You're Never Over. Recently, she appeared in headlines after she began an alleged Twitter war with Taylor Swift. However, the tweets were in fact the work of an imposter, and not of Miss Mathers herself. There are very few pictures of the now 17-year old, and she has very carefully maintained her privacy. 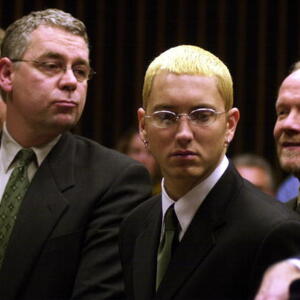