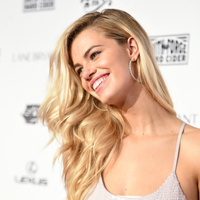 Hailey Clauson net worth: Hailey Clauson is an American fashion model who has a net worth of $2 million. Hailey Clauson was born in Thousand Oaks, California in March 1995. She was first discovered at an open casting call and signed on the spot by Ford Models. She started to model at 14 years old and appeared in a Forever 21 catalog. Clauson signed with Marilyn Agency in 2009 and was Model of the Month in Japanese Vogue. She made her debut on the catwalk in New York in 2010. She signed with Next Models in 2011 and modeled for Gucci, Jill Stuart, Dsquared2 and more. She made headlines when it was found out she walked in three major shows while being under 16 and later when her parents sued Urban Outfitters for unauthorized use of her in risqué photos. Clauson appeared in Jay-Z's music video "Empire State of Mind". In 2014 she was featured in the "Behind Closed Doors" campaign for Agent Provocateur.