Gwendolyn Osborne net worth: Gwendolyn Osborne is an English American model, recording artist, and actress who has a net worth of $8 million dollars. She is perhaps best-known for being a former Price is Right model and the ex-wife of retired NBA player Kenny Smith.

Gwendolyn Osborne was born in Bath, Somerset, England in August 1978. She was a model on the television game show The Price Is Right from 2005 to 2016. Osborne starred as Jade Dominguez on the TV series Ocean Ave. from 2002 to 2003. In 2017 she had a recurring role as Meg Anderson on the soap opera Beauty and the Baller.

Gwendolyn Osborne married retired professional basketball player and TNT basketball analyst Kenny Smith in 2006. With her family she starred on the reality TV series Meet the Smiths in 2015. She was also a producer of the show. Osborne has five children and has also appeared in episodes of the TV series Home & Family, Charmed, Eve, Real Husbands of Hollywood, and the Bold and the Beautiful. Kenny and Gwendolyn divorced in 2018. 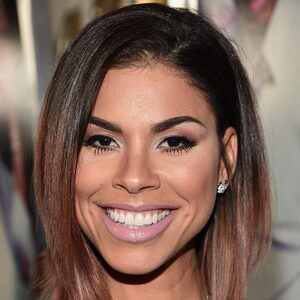