Gretchen Mol net worth: Gretchen Mol is an American actress and former model who has a net worth of $8 million. Gretchen Mol was born in Deep River, Connecticut in November 1972. In 2002 she starred as Lynne Camden in the television series Girls Club. Mol starred as Annie Norris in the TV series Life on Mars from 2008 to 2009. From 2010 to 2014 she starred as Gillian Darmody in the series Boardwalk Empire. In 2015 Mol starred as Nina in the television series Mozart in the Jungle. She has starred in the movies Donnie Brasco, Rounders, Finding Graceland, The Thirteen Floor, Cradle Will Rock, Get Carter, The Notorious Bettie Page, 3:10 to Yuma, and Anesthesia among others. Mol won Screen Actors Guild Award for Outstanding Performance by an Ensemble in a Drama Series for Boardwalk Empire in 2011 and 2012. She has been married to director, producer, and screenwriter Kip Williams since 2004. 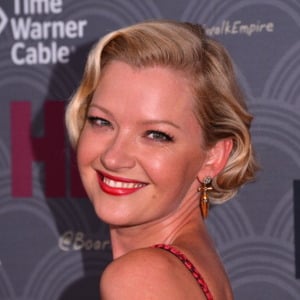