How much is Greg Plitt Worth?

Greg Plitt net worth: Greg Plitt was an American fitness model and actor who had a net worth of $1 million dollars. Greg Plitt was born in Baltimore, Maryland, and graduated from the United States Military Academy at West Point. He served as a Ranger for five years and was a certified personal trainer based in Los Angeles. He was Met-Rx Athlete of the Year in 2012, and was a spokesperson and model for Theirry Mugler's Angel Men and ICE*Men fragrances. He has modeled for publications like Maxim, AXL, American Health and Fitness, Flaunt, Men's Fitness, Men's Health, and Men's Exercise. He has also appeared in print and television ad campaigns for Under Armour, Old Navy, Calvin Klein, Old Spice, Modell's, MTV, and Bowflex. In 2006, he began his career in acting and appeared in guest starring, supporting, or recurring roles in  projects like "Bobby", "The Good Shepherd", "Days of Our Lives", and "Terminator Salvation"; he also worked as the body model for Dr. Manhattan in "Watchmen". In addition to his acting roles, he also worked on a couple of reality television shows with the Bravo network, including "Friends to Lovers" and "Work Out." In January of 2015, he was struck by a train and killed; he was 37 years old. One passenger reportedly said Plitt had a camcorder in his hands when he stumbled over the tracks. 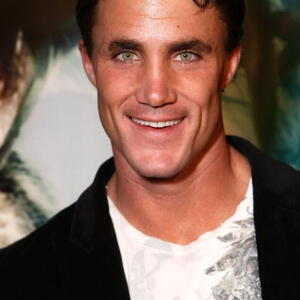