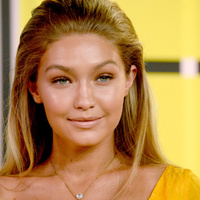 Gigi Hadid Net Worth: Gigi Hadid is an American model and reality television star who has a net worth of $29 million. She is one of the highest paid models in the world, making $9-10 million per year thanks to contracts with companies with Maybelline, Evian, BMW, Versace and Tommy Hilfiger.

Early Life: Born on April 23, 1995 in Los Angeles, Jelena Noura Hadid is best known by the nickname Gigi. Her mother is former model and Real Housewives of Beverly Hills star Yolanda Hadid, who is Dutch. Hadid's father Mohamed Hadid was born in Palestine and made his fortune developing Ritz Carlton hotels and other high-end real estate all over the world. In late 2019, Mohamed's company was forced to file for bankruptcy after being ordered to tear down an infamous Bel Air mansion.

Having grown up in Santa Barbara, California, Hadid graduated from Malibu High School in 2013. She moved to New York City to study criminal psychology at The New School, but halted her studies to focus on her modeling career. Hadid's two younger siblings, Bella and Anwar, are also models.

Gigi's parents divorced when she was eight years old. According to court documents, Mohamed paid Yolanda a settlement that included a $6 million house in Malibu, a mansion in Santa Barbara, several cars including an Escalade and Range Rover, $30,000 in monthly child support and a $3.6 million cash payout. Yolanda went on to marry prolific music producer David Foster in 2011, though they divorced in 2017.

Early Career: Hadid's modelling career first began when she was discovered by Paul Marciano of Guess clothing at the age of two. She modeled for Baby Guess for a while before stopping to focus on school, returning to modeling in 2011. She was named the face of a Guess campaign in 2012 while working once again with Marciano.

After moving to New York City initially to pursue a college education, Hadid signed with IMG Models in 2013. Her New York Fashion Week debut came in February 2014, when she walked for the Desigual show. The same month she appeared in her first high fashion shoot on the cover of CR Fashion Book Magazine. The year 2014 continued to mark her breakthrough, as she starred in Tom Ford Eyewear's autumn/winter campaign alongside Patrick Schwarzenegger, as well as other Tom Ford campaigns including Tom Ford F/W/ 2014, Tom Ford Velvet Orchard Fragrance, and Tom Ford Beauty 2014.

Continued Success: Following her breakthrough year in 2014, Hadid's career has only continued to grow. In January 2015 she was named Model of the Year by the Daily Front Row, as well as an ambassador for cosmetics brand Maybelline. By May 2015, she had walked for designers such as Marc Jacobs, Chanel, Michael Kors, Jean Paul Gaultier, and Max Mara. She was also named brand ambassador for Australian swimwear brand Seafolly. In December 2015, Hadid made her first appearance as a model in the Victoria's Secret Fashion Show. 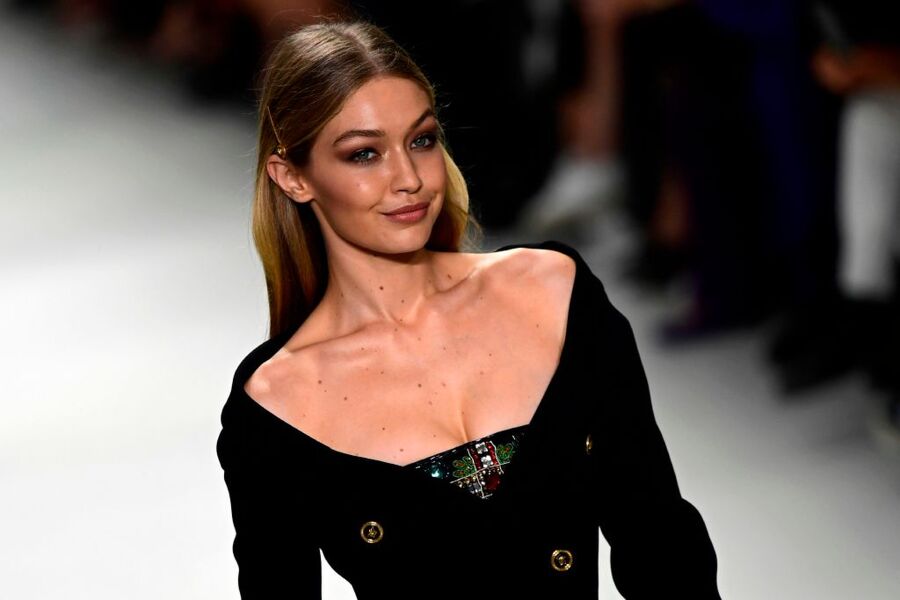 Besides her first Guess and Tom Ford campaigns that helped to launch her career, Hadid has starred in campaigns for Versace, Penshoppe, Balmain, Topshop, Max Mara, Stuart Weitzman, and Fendi, to name just a few. She has also launched several fashion collaborations with famous brands. In 2016 her capsule collection, Gigi by Tommy Hilfiger, which she co-designed with the designer, launched at New York Fashion Week. That same year the Gigi Boot was launched with Stuart Weitzman. Her second ready-to-wear collection with Tommy Hilfiger launched in February 2017. Other brands she has collaborated with include Vogue Eyewear, Messika Jewelry, and Reebok.

Hadid won the award for International Model of the Year at the British Fashion Awards in 2016. In 2017, was named Glamour Magazine's Woman of the Year, along with Nicole Kidman and Solange Knowles, among others.

Other Pursuits: In addition to modelling in front of the camera, Hadid has gotten behind the camera as well. She was the photographer of the Versus (Versace) Spring/Summer 2017 campaign, as well as a special summer edition of V Magazine titled "Gigi's Journal", featuring Polaroid photographs she took. She also briefly ventured into acting, appearing in the 2012 short film "Virgin Eyes".

Lawsuits and Controversies: Hadid has had a few instances of legal troubles due to copyright infringement. In 2017, she posted a photograph of herself on her Instagram page that was taken by photographer Peter Cepeda, despite not having permission to use the image. He filed a lawsuit against her in September the following year, with the case settled out of court.

In late January 2019, Hadid was once again sued for posting images of herself without the photographer's permission, this time by independent photo agency Xclusive. The company sought damages for copyright infringement after Hadid posted an October 2018 photo of herself, also claiming that this was not the first time she had posted uncredited images.

Another controversy surrounding Hadid involves a video that was posted on Instagram by her sister Bella, which showed Hadid holding up a cookie shaped like Buddha while squinting her eyes. Many viewed her actions as a disrespectful and racist impression of the religious figure. Public backlash to the video, in particular from Chinese audiences, has been speculated to be the reason she withdrew from the 2017 Victoria's Secret Fashion Show, which was held in China.

Personal Life: From 2013 to 2015, Hadid publicly dated Australian singer Cody Simpson, appearing in his music video for the songs "Surfboard" and "Flower". Following their split, she began dating English singer Zayn Malik in late 2015. She appeared in his music video for the song "Pillowtalk", and the couple also appeared on the August 2017 cover of Vogue magazine together. They first broke up in March 2018, reuniting briefly in June before splitting for a second time in November that same year. They reunited once again in January 2020.

Real Estate: In 2015 Gigi paid $4 million for a two-bedroom condo in the Noho neighborhood of New York City. In 2018 she paid $5.8 million for a three-bedroom duplex in the same building. In 2020 Gigi submitted plans to combine the two condos into one massive unit. Sister Bella owns a penthouse apartment just a few blocks away which was acquired in November 2019 for $6.1 million.