Gigi Gorgeous net worth: Gigi Gorgeous is a Canadian actress, model, makeup artist, and Internet personality who has a net worth of $3 million. Gigi Gorgeous was born Gregory Allen Lazzarato in Montreal, Quebec, Canada in April 1992. She became well known for coming out as a transgender woman and is also popular on YouTube. From 2011 to 2013 she hosted the series The Avenue. Gorgeous has appeared in episodes of the TV series MTV's The After Show, The Listener, Project Runway All Stars, About Bruce, Good Work, Access Hollywood, Daily Share, Entertainment Tonight, and FOX News. In 2015 she starred in the music video "Another Lonely Night" by Adam Lambert. Gorgeous has also starred in the short films I Hate Myselfie, Better Than Sex, and I Hate Myselfie 2.

In July 2019 Gigi Gorgeous married Nats Getty, an heiress to the Getty family fortune. Getty proposed to Gigi in Paris in March 2018. They married in a private ceremony in Montecito, California on July 12, 2019. Nats Getty was born Natalia Williams in November 1992. Nats is the granddaughter of Sir John Paul Getty, who at one time was the richest person in the world. 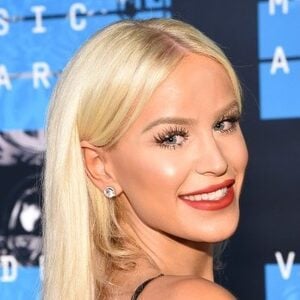