Gianna Michaels net worth: Gianna Michaels is an American adult film actress and model who has a net worth of $2.7 million. Gianna Michaels earned her net worth from modeling, nude photo shoots and then acting in adult films. Michaels was born in Seattle, Washington on June 6, 1983. Her adult aliases are Becky and Gianna Rossi. Gianna has appeared in more than 430 adult movies during her career and has won four AVN awards. She also had a cameo appearance in Piranha 3-D in 2010. Gianna Michaels is 5 foot 11 inches tall, 145 pounds and her measurements are 34DD-27-38.

[The photo of Gianna Michaels used on this page was taken by Michael Dorausch at the 2013 AVN Expo. It was licensed via Flcikr under Creative Commons] 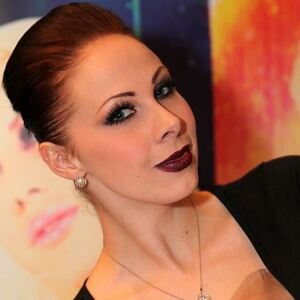