Georgia Salpa Net Worth: Georgia Salpa is an Irish model who has a net worth of $2 million. Born in Athens, Greece, in 1985, Georgia Salpa grew up in the suburbs of Dublin, Ireland. Salpa started modeling at a young age and has appeared in both print and screen advertisements.

She worked on "Republic of Telly", "Catwalk to Kilimanjaro", "Celebrity Salon", and "The Podge and Rodge Show". During the summer of 2009, she appeared in a provocative ad campaign for VIP Taxis, which appeared in the pages of "Food & Wine" magazine and drew criticism from the Dublin Rape Crisis Centre for its racy nature. After moving to the United Kingdom, Salpa landed a part on the reality show "Celebrity Big Brother" on channel 5. She was the third person to be eliminated from the competition. She also appeared on "Big Brother's Bit on the Side" in 2012. Salpa was part of "FHM" magazine's list of the 100 sexiest women in 2012, coming in fifth. She has been in several editions of the magazine, including a handful of international versions appearing in France and Indonesia. She covered the magazine's 100 sexiest women edition in 2013. Salpa is set to marry wealthy British financier Joe Penna in Ireland. 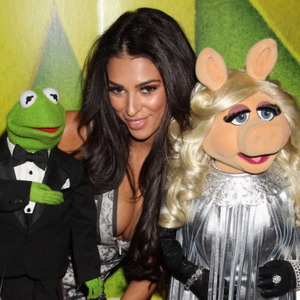