Gennifer Flowers net worth: Gennifer Flowers is an American media personality, model, singer and actress who has a net worth of $1 million. Gennifer Flowers was born on January 24, 1950 in Oklahoma City, Oklahoma. Gennifer became famous during the 1992 Presidential race after she publicly accused Bill Clinton of having a 12-year sexual relationship with her. Clinton initially denied the accusations. Ms. Flowers then held a public news conference where she claimed to have secret tape recordings of Clinton that were made during their time together. Clinton's camp claimed the tapes were doctored. Years later, during a deposition related to an affair with a different woman, Clinton acknowledged that he did indeed have a sexual relationship with Gennifer. During the same case, Gennifer also admitted that she had earned approximately $500,000 by publicizing her story and appearing in magazines such as Penthouse. She subsequently launched an acting career and released a memoir. She appeared in several movies and TV shows such as The Weakest Link. For several years she performed a cabaret show in New Orleans. During the time she was performing in New Orleans. Gennifer claims that Clinton attempted to have a meeting with her once while he was visiting town. She reportedly declined the meeting. 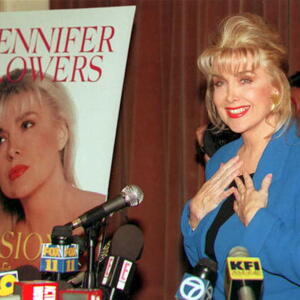