Gena Lee Nolin net worth: Gena Lee Nolin is an American actress and model best known for her role on "Baywatch" who has a net worth of $2 million. Gena Lee Nolin was born on November 29, 1971 in Duluth, Minnesota. She was the first runner-up in the 1993 Miss Hawaiian Tropic contest and is a former Miss Las Vegas.

In 1994, she became one of Barker's Beauties on the game show "The Price Is Right". That same year Nolin appeared in the soap opera "The Young and the Restless" playing a model named Sandy. From 1995 to 1998 Nolin played the role of Neely Capshaw in the television series "Baywatch". From 2000 to 2002 she starred in the title role in the television series "Sheena". In 2009, Nolin was diagnosed with thyroid disease. She went on to write a book about her struggle. Nolin released her first book with titled "Beautiful Inside and Out, Conquering Thyroid Disease with a Healthy, Happy, "Thyroid Sexy" Life" in October 2013. Nolin has been married three times. She is currently married to retired professional hockey player Cale Hulse. They met on a blind date. The couple has two children. Nolin also has a third child from a previous marriage. 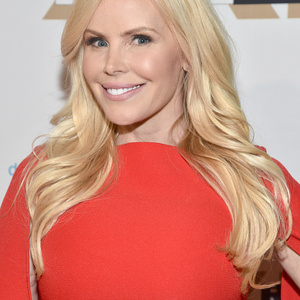