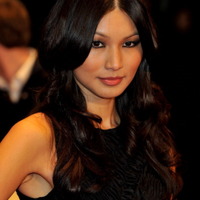 Gemma Chan net worth: Gemma Chan is a British actress and model who has a net worth of $6 million. Gemma Chan was born in London, England, United Kingdom in November 1982. In 2011 she starred as Charlotte in the television series Secret Diary of a Call Girl. Chan starred as Kiera in the TV series Bedlam in 2012. From 2015 to 2016 she starred as Anita / Mia in the series Humans. Chan has had recurring roles in the TV series When Evil Calls, Fresh Meat, and Brotherhood. In 2006 she was featured in the reality TV series Project Catwalk. Chan has starred in the movies Exam, Shanghai, Submarine, The Double, Jack Ryan: Shadow Recruit, and London Fields. She is also known for her stage acting and has been in a relationship with actor and comedian Jack Whitehall since 2011.