Though she grew up around show business, she has remained largely out of the spotlight, except for appearing in two films in the 90s. She played the daughter of her real-life mother, Frances Fisher, in the 1995 film "The Stars Fell on Henrietta", and played the daughter of her real-life father, Clint Eastwood, in the 1999 film, "True Crime". She is currently featured on the reality series, "Mrs. Eastwood & Company" on E!. The show follows the lives of Dina Eastwood – Clint Eastwood's second wife, their daughter Morgan, and Francesca, and their management of a South African boy-band called, Overtone. Photographer Tyler Shields recently photographed Francesca burning a $100,000 Birkin purse. The photographs sparked a major outcry and the actress has received death threats. 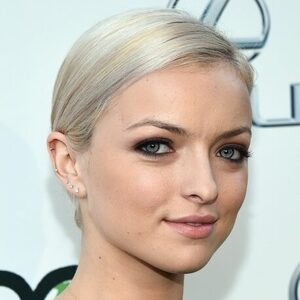