Fifi Abdou net worth: Fifi Abdou is an Egyptian belly dancer and actress who has a net worth of $50 million. Fifi Abdou was born in Cairo, Egypt in April 1953. She has been called the "Queen of Oriental Dance" and is known for her roles beating up men which is rare in Egyptian culture.

Abdou joined baladi dance troupe at 12 years old and started modeling. She would make up to $10 thousand per dancing appearance and her performances included performing circus tricks and rapping. Abdou is reported to have owned 5,000 costumes including one worth $40 thousand. She was sentenced to three months in jail for "depraved movements" and some have criticized her dancing as going against the tenets of Islam. Abdou has starred in the movies Woman and Five Men, Laylat El Katl, Al-Qatila, El Settat, El Mazag, One Woman Is Not Enough, Hekaya Laha El Agab, Al sabr fi al-malahat, Ma Hobi W Ashwaqi, Mamnou Fi Laylat El-Dokhla, El Khof, and Lestu mostahtirah. She is married to the ambassador of Greenland and is one of the wealthiest women in Egypt. 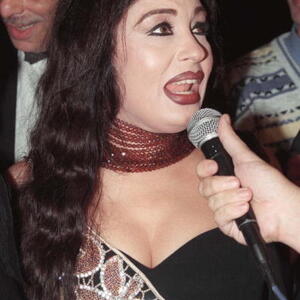