Fernanda Tavares net worth: Fernanda Tavares is a Brazilian model who has a net worth of $20 million. Fernanda Tavares was born in Natal, Rio Grande do Norte, Brazil in September 1980. She started appearing in local talent shows at nine years old and won the Elite Look of the Year contest at 13.

At 14 Tavares was invited to go to Sao Paulo to pursue her modeling career. At 17 she appeared on the cover of fashion magazines such as Marie Claire and Vogue Paris. She was signed with Marilyn Modeling Agency in Paris and New York City. She has walked for designers including Emanuel Ungaro, Chanel, Chloe, Versace, Prada, Christian Lacroix, Valentino, Salvatore Ferragamo, Gap, and more. She has also worked for Giorgio Armani, Louis Vuitton, Ralph Lauren, and Nine West. Tavares has appeared in Victoria's Secret catalogs and fashion shows. She has starred in anti-fur campaigns for animal rights group PETA. Tavares hosts the MTV Brasil TV series Missao MTV which is similar to Queer Eye for the Straight Guy. Fernanda is married to Brazilian actor Murilo Rosa. 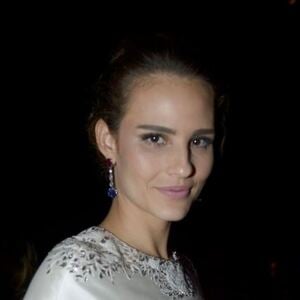