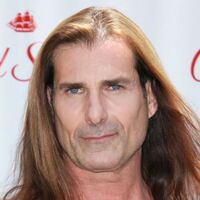 What is Fabio's net worth?

Fabio is an Italian fashion model, actor and spokesperson. Fabio has a net worth of $10 million. Fabio Lanzoni first became famous thanks to his prolific modeling career. He has subsequently also written several books, acted in television commercials, as well as daytime soap operas and television sitcoms.

Fabio Lanzoni was born in Milan, Italy on March 15, 1959 to Flora Carnicelli Lanzoni and Sauro Lanzoni, a mechanical engineer and owner of a conveyor-belt company. He has an older brother, Walter, and a younger sister, Cristina, who sadly passed away from ovarian cancer in 2013. Fabio was a handful for his parents growing up and frequently got himself into trouble, but as an adult, Fabio is very serious when it comes to illegal substances. A teenage friend's overdose shook Fabio to never partake, and that includes staying away from alcohol.

Fabio's modeling career began when he was discovered by a photographer while working out. He began as a model and film star in Italy and then moved to New York City to become a fashion and catalog model for the Ford Agency, starting with modeling for print ads for Gap and doing TV spots for Nintendo. He appeared as the hero Kuros on the cover of the 1989 video game "Ironsword; Wizards and Warriors II" for NES.

Fabio has been featured on the cover of more than 400 romance novels, mostly in the 1980s and 90s. At an industry party, the head of one of the publishing companies that featured him approached him. A bit under the influence, she let Fabio in on the secret of her company: Whenever she put him on the cover, the book's sales went through the roof.

Fabio starred in the syndicated TV series "Acapulco H.E.A.T" in the role of Claudio. Around this time he was also featured in calendars and led a fragrance campaign for "Mediterraneum" by Versace. He also landed a role as the lead actor in commercials for "I Can't Believe It's Not Butter!". He then appeared on "The Bold and the Beautiful" several times, playing the close friend of the character Sally Spectra. Fabio and the late Darlene Conley, who played Sally, were close friends in real life. He appeared in an episode of "Step by Step" called "Absolutely Fabio.". Fabio has also been in two Nickelodeon series: "Ned's Declassified" and "Big Time Rush."

In 2005, Fabio hosted the American reality TV series "Mr. Romance." It featured a dozen male contestants competing for the title of "Mr. Romance," with the winning prize being an opportunity to appear as a romance novel cover model. In 2010, he played Captain Hawk in an episode of "The Suite Life on Deck" called "Senior Ditch Day." Fabio has also had cameos in several films such as "Dude, Where's My Car?" "Spy Hard," "Zoolander," and "Bubble Boy." 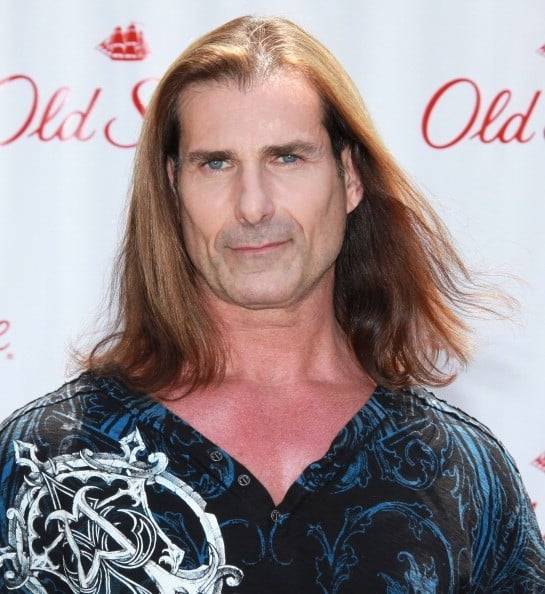 In 1994, he released an album titled "Fabio After Dark." Co-writing with Eugena Riley, Fabio hired a ghostwriter to collaborate with him on a series of historical romance novels, "Pirate", "Rogue", "Comanche", "Viking," and "Champion". He wrote three other books in collaboration with Wendy Corsi Staub: "Dangerous," "Wild," and "Mysterious." Robert Gottlieb became his literary agent in 1992.

Outside of his wildly popular "I Can't Believe It's Not Butter!" sponsorship, Fabio has been the spokesperson for Geek Squad, Oral-B's Sensitive Advantage Toothbrush in 2006, whose ad was run in Times Square, and Nationwide Insurance. In 2006, the Nationwide commercial aired during the Super Bowl and was the most viewed commercial for the game at over 1 million views in just two weeks. Other endorsements included Wickes Furniture, Ames Hardware, Old Spice, and the American Cancer Society.

In July 2006, Old Spice launched a campaign on YouTube in which Lanzoni challenged Isaiah Mustafa to try and replace him as the New Old Spice Guy. Mustafa emerged as the winner, receiving over 9 million views in the week after its debut and rising to No. 4 on YouTube for that week. Fabio was once a spokesperson for the American Cancer Society, but began working as a spokesman for the controversial cancer treatment center Burzynski Clinic, where his sister was receiving treatment for ovarian cancer.

Fabio has never been married and has admitted to only having had one love in his life. A woman named Jennifer captured his heart when he was a young model, she was 23 and she was 19. Fabio claims he was "too young and wild" and after six years together, they called it off. He tried to track her down years later but she had changed her number.

On March 30, 1999, Fabio made headlines when he was struck in the face by a goose while riding Apollo's Chariot roller coaster at Busch Gardens in Williamsburg, Virginia. The bird died on impact of the collision and Fabio was left with a bloodied face but just a cut on his nose. No one else was injured in the unfortunate collision.

Fabio became a U.S. citizen in 2016 and resides in Los Angeles. In 2017, Fabio became a victim of a burglary at his West Valley home. The thieves stole over $200,000 in items, including a safe with multiple watches and a collection of gold coins.