Fabiana Flosi net worth: Fabiana Flosi is a Brazilian marketing director who has a net worth of $20 million. She is best known for being the wife of Bernie Ecclestone.

Fabiana Flosi was born in Sao Paulo, Brazil in 1976. She married Bernie Ecclestone in 2012. She worked as a marketing director for Formula 1 racing and has served as Vice President of Marketing for the Brazilian Grand Prix. The couple is known for their 47 year age difference. Ecclestone is the former chief executive of the Formula One Group and the part owner of Delta Topco. He managed drivers after failing to quality as a driver himself. He purchased the Brabham racing team in 1972 and pioneered the sale of the sport's television rights in the 1970s. He and his business partner Flavio Briatore also owned the Queens Park Rangers from 2007 to 2011. He was married twice before including to Armani model Slavica Radic. 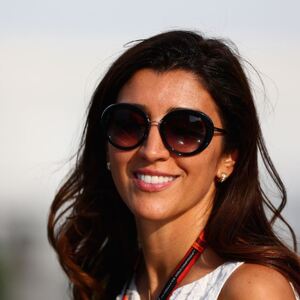