How much is Estella Warren Worth?

Estella Warren net worth: Estella Warren is a Canadian model and actress who has a net worth of $1 million. Estella Warren was born in Peterborough, Ontario, Canada, and originally pursued a swimming career. She was a member of the Canadian National Synchronized Swimming Team and won three national titles. A manager saw her swimming and invited her to do a photo test shoot. This led to a busy career as a fashion model. She went on to appear in such magazines as Vogue, Vanity Fair, FHM, and Stuff, and to appear in ad campaigns for UGG Australia, Perry Ellis, Nine West, Cartier, Volvo, and DeBeers, among many others. She began adding film and television roles to her resume beginning in the early 2000s. She has appeared in such projects as, "Planet of the Apes", "That 70s Show", "Law & Order", "Lies and Crimes", and "Beauty and the Beast". In May 2017, Estella was arrested for allegedly throwing cleaning fluid on her boyfriend during a fight at her Los Angeles apartment. She was booked and released on $20,000 bail. 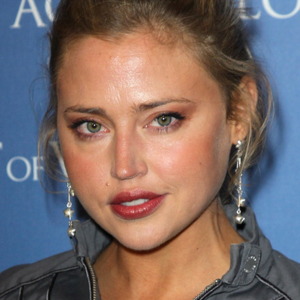