Erin Heatherton net worth: Erin Heatherton is an American fashion model and actress who has a net worth of $7 million dollars. Erin Heatherton was born in Stokie, Illinois, and began her modeling career after a modeling scout approached her while she was on vacation in Miami. After graduating from high school, she relocated to New York City, where she signed with the Marilyn Agency, and began working almost immediately.

She has since appeared on the covers of such magazines as Italian Flair, D, Grazia, Velvet, Elle, Elle France, Elle Russia, Elle Serbia, GQ Spain, GQ Romania, and British GQ, as well as appearing in editorials in Harper's Bazaar and Italian Marie Claire, among other publications. She has also worked as a runway model for Prada, Chanel, Marc Jacobs, Tommy Hilfiger, Oscar de la Renta, Elie Saab, Dolce & Gabbana, and Isaac Mizrahi, among many others. She has also acted in such projects as "The League" and "Grown Ups 2". 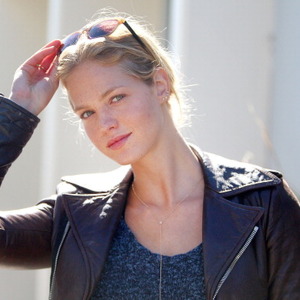