How much is Erica Dixon Worth?

Erica Dixon net worth: Erica Dixon is an American reality television star who has a net worth of $600 thousand dollars. The on- again/off-again girlfriend of rapper, Lil' Scrappy, Erica Dixon is also the mother of their child, Emani. She and Lil' Scrappy met when they were in high school, and dated off and on for almost ten years. He also had a high-profile relationship with another musician named Diamond, but the two ultimately went their separate ways, and Lil' Scrappy and Dixon rekindled their relationship. She is best known for being a member of the cast of the VH1 reality series Love and Hip Hop: Atlanta, and being the ex-girlfriend of Lil' Scrappy. She was born in Atlanta, Georgia but was raised in Hempstead, New York by her aunt and uncle who took her in when her mother's drug addiction proved to be too much for the family. She is the youngest of nine children in a family of six brothers who she credits turning her into the headstrong woman that she is today. Dixon is currently embarking on the singles scene in Atlanta and is launching a fashion line called, Klass 6. She starred on the first four seasons of Love & Hip Hop: Atlanta. She has had a relationship with model O'Shea Russell and her mother is a recovering crack cocaine addict. Dixon and Lil' Scrappy have had disputes over child support and were briefly engaged. As an actress Erica Dixon appeared in the 2015 TV movie Blaq Gold as Attorney Montana Price. 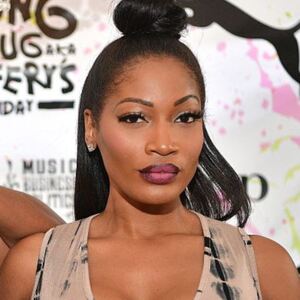