Eniko Hart net worth: Eniko Hart is an American social media personality who has a net worth of $50 million. She is best known for being married to Kevin Hart. Obviously, the vast majority of Eniko's net worth is attributable to community property and earnings made by her husband.

Eniko Hart was born in Baltimore, Maryland in August 1984. She married Kevin Hart in 2016 after a long term relationship that resulted in an engagement in 2014. Eniko Hart gave birth to the couple's son Kenzo Kash Hart in November 2017 and announced she was pregnant with their second child in 2020. She has two step-children from Kevin Hart. Eniko Hart is popular on social media and has three million followers on Instagram. She has appeared in episodes of the TV series Entertainment Tonight and E! Live from the Red Carpet. In 2017 Kevin Hart admitted to cheating on his wife while she was pregnant with their son. He was married to Torrei Hart from 2003 to 2011 and is known for being an actor, producer, and stand-up comedian. 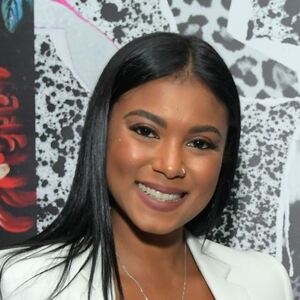