Emma Willis net worth: Emma Willis is an English model and television personality who has a net worth of $8 million. She is best known for her television and radio work in the UK on networks like Channel 5, BBC, ITV and Heart FM. She has been a presenter for the hit reality series Big Brother since 2013 and started working for the franchise while presenting the spin off show, Big Brother's Bit on the Side, in 2011. She also hosts the Sunday breakfast show on Heart FM with Stephen Mulhern.

She was born in 1976 as Emma Griffiths in Birmingham and grew up in nearby Sutton Coldfield. She began modeling at 17 and worked for companies like Marie Claire, Elle, Vogue, GAP and Chanel during her career. She got her first break in 2002 while presenting on MTV and was also a guest host for shows like CD:UK, This Morning, and Loose Women. In 2007, Willis presented ITV2 spin-off series I'm a Celebrity…Get Me Out of Here! NOW! with her husband, Matt Willis, and left a year later in 2008. In September 2012, Willis became a permanent presenter on This Morning, presenting segments in The Hub. She has also recently worked as a guest presenter on The Paul O'Grady Show, Prize Island, and on a variety of editions of the Big Brother franchise. In September 2013, Willis received a longlist nomination for Most Popular Entertainment Presenter for the National Television Awards in 2014, which was her second successive longlist nomination for the award. She has been married to her husband, Matt Willis, since 2008 and the couple have two children. 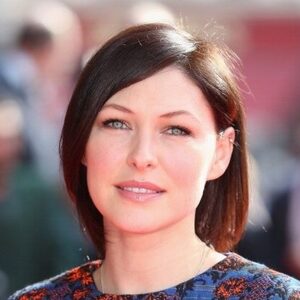