Emma Wiklund Net Worth: Emma Wiklund is a Swedish model and actress who has a net worth of $20 million. Emma Wiklund was born in Stockholm, Sweden in September 1968. She is known by her married name of Emma Wiklund. As a model she has walked the runway for Christian Lacroix, Theirry Mugler, and Lanvin.

She has been signed with Elite Model Management. Emma starred in the video "Too Funky" for George Michael. Her best known acting role has been as Petra in Taxi, Taxi 2, Taxi 3, and Taxi 4. She made her acting debut in the TV movie Inferno in 1992 which was later made into a feature film in 1995. The first Taxi movie came out in 1998 and in 1999 she starred in the film Simon Sex. Taxi 2 was released in 2000 and the same year she starred in the short Petite copine. Taxi 3 was released in 2003 and Emma Wiklund starred as Sonja in the film Big Kiss in 2004. Her latest role as in Taxi 4 in 2007. She has hosted many TV shows in Sweden and is a fashion icon. In 2007 she sat on the board for Swedish fashion retailer Lindex. Emma married Hans Wiklund in 2003 and the couple has two children. She previously dated Ulf Ekberg from the group Ace of Base from 1994 to 2000. 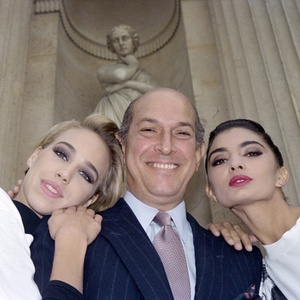