Emma Heming net worth: Emma Heming is an English model and actress who has a net worth of $5 million dollars. Emma Heming was born in Malta in 1978. She was raised in London and California. She married actor Bruce Willis in March 2009.

It turned out that the ceremony was not legally binding and the two had a civil ceremony the next week in Beverly Hills, CA. The couple has two daughters, Mabel Ray born in 2012, and Evelyn Penn born in 2014. At age 16 Heming was discovered in a supermodel competition. She was a spokeswoman for Canadian lingerie company La Senza. She has also appeared in ads for Dior Bronze, Gap, Garnier, Escada, John Frieda, Redken, and more. She has graced the cover of magazines like Glamour, Elle, Town and Country, and W Magazine. She was named to Maxim's Top 100 list in 2005. Emma Heming has walked the runway for fashion shows representing the likes of Christian Dior, Chanel, Valentino, Ralph Lauren, and Victoria's Secret. She is also signed with IMG Models worldwide. She has five acting credits including an appearance on Entourage, and the movie RED 2. 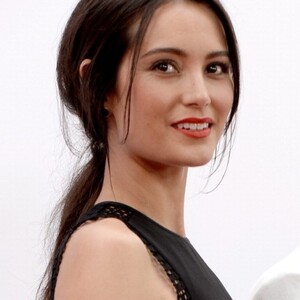