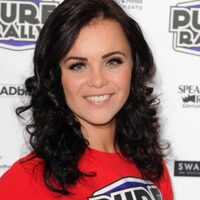 Emma Glover Net Worth: Emma Glover is a British model who has a net worth of $1 million dollars. Emma Glover was born June 6, 1987 in Essex, England. Since childhood, Glover wanted to be a model. While working in an office in London she sent her photographs to an agency and says that 24 hours later her modeling career began. She started out working for Nuts magazine, during which time became involved in campaigns for many other magazines and companies, including Zoo Magazine, Loaded Magazine, Monkey Magazine, Talk Sport Magazine, The Daily Star and the Sun, as well as companies like Lynx, Ann Summers, Pabo Lingerie, o2, Channel 4, Harley Davison and Simon Copeland clothing. She is best known for what she claims are her natural 30G breasts. Her modeling work enabled her to travel abroad and support charities such as Help for Heroes. Like most models who enjoy publicizing their naked exploits, Emma Glover also made it into the pages of Playboy Magazine.