Emily Maynard net worth: Emily Maynard is a reality-TV personality who has a net worth of $5 million dollars. Born in Morgantown, West Virginia, Emily Maynard first made headlines when her fiancé, race car driver and owner, Ricky Hendrick's died in a plane crash in 2004. Ricky's father is the owner of Hendrick racing who is worth $200 million.

A week after his death, the then 18 year old found out that she was pregnant. In January of 2011, she began competing on the 15th season of "The Bachelor", as one of 30 possible women from which Brad Womack could choose. She was ultimately chosen, and the though the couple seemed quite happy at first, the relationship ultimately fell apart due to career commitments, and the fact that the relationship was largely long distance. In May of 2012, Ms. Maynard began appearing on the eighth season of "The Bachelorette", where she is again trying to find love, but this time with a series of male contestants from which she can choose. 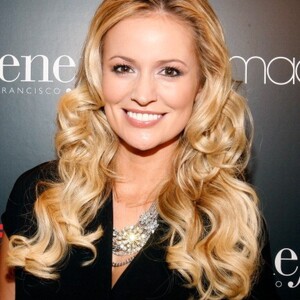